Yang Liping, a famous Chinese dancer, is famous for “peacock dance”.This is the scene taken by the photographer after her performance. 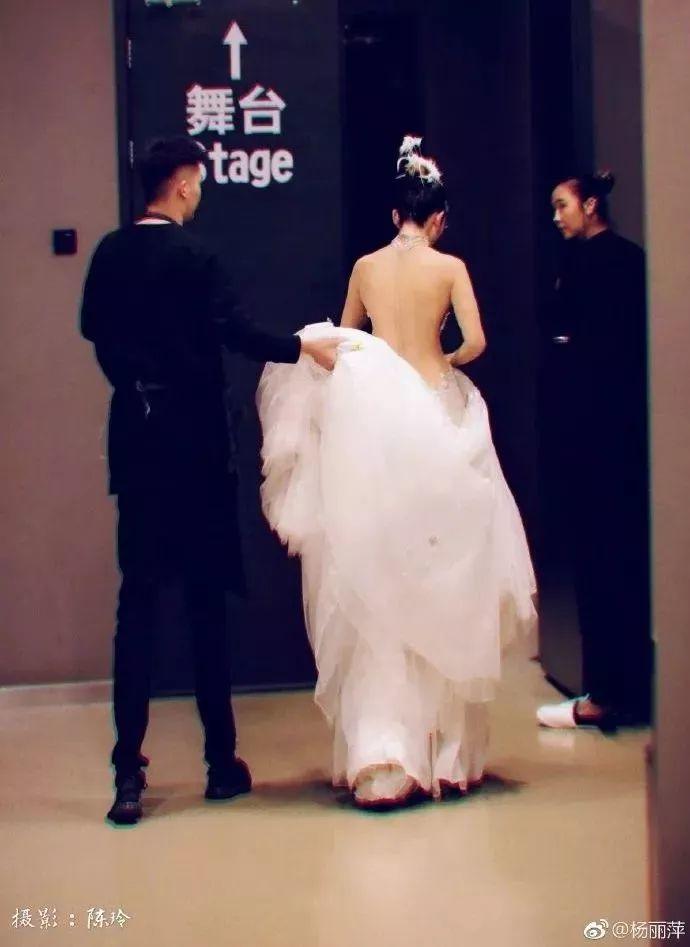 The picture of 60-year-old Yang’s naked back went viral on Internet: never underestimate a self-disciplined person. Yes, you read that right. Yang Liping who danced peacock dance, the person in the photo is already 60 years old. 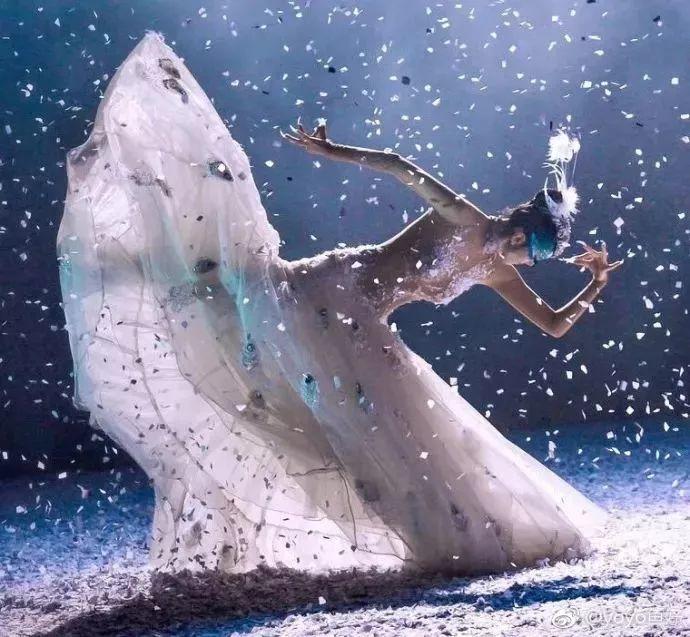 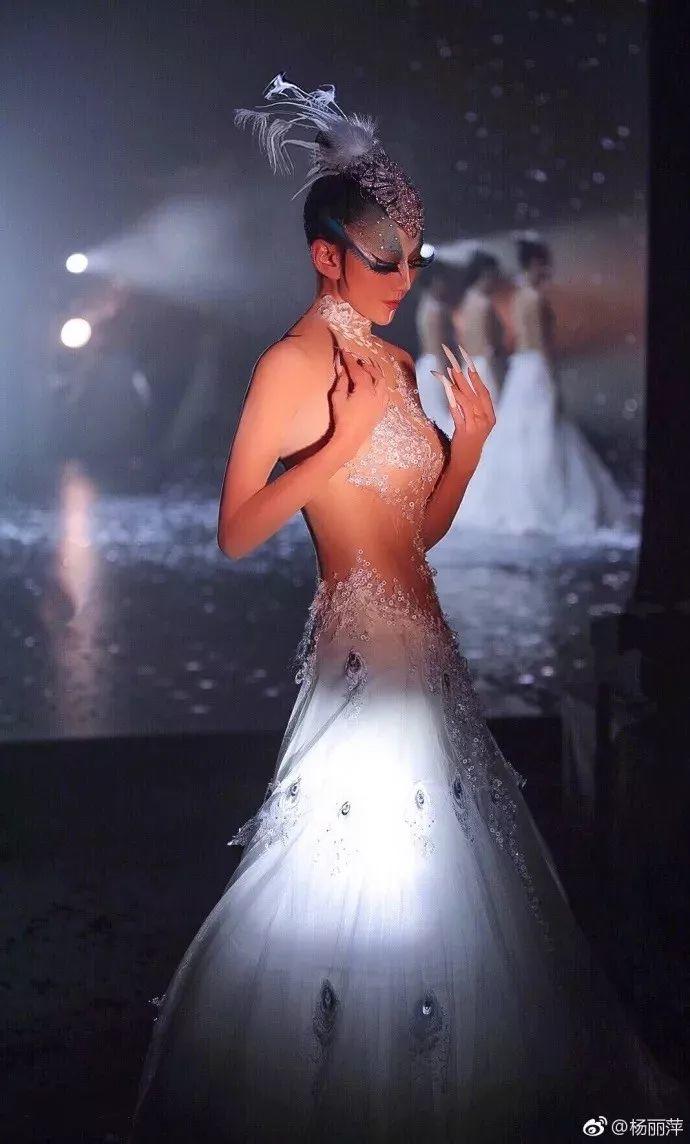 She is still dancing on the stage, like the description of the poem, the imagination of the dream, and the scene of the moonlight. She is unique and extremely beautiful.

Although Yang has achieved a huge success and fame all over the world, she has never stopped working hard, never satisfy. She is striving to the best of her, even though she was alone at 4 am in her practice room.

Certainly, if there is no any setbacks, her success may not fail. In fact, beauty is not strong enough  to thrive in this world; those who demonstrate determination and self-discipline will be rewarded.

She turns ordinary days into poem.

Yang built two villas on the Yuji island, Dali, one called Sun Palace, another one called Moon Palace. Sun Palace is built next to an 100-year-old big tree, occupying the best rock and lake water on the island. She says that it’s the most beautiful house in the world, and now it is opened to the public. 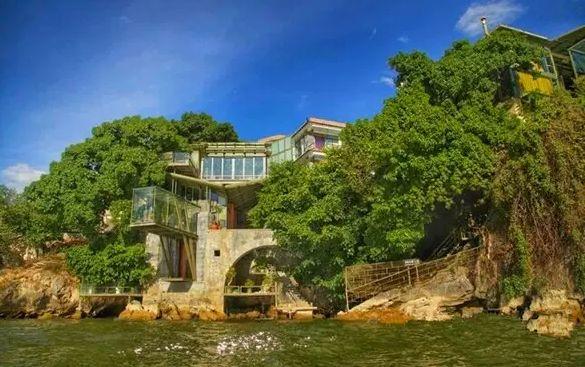 In there, Yang often does yoga and meditation in the glass corridor, overlooking the whole Er Hai, absorbing the aura of the heavens and the earth, purifying her soul. Take a look at this beautiful natural scenery! 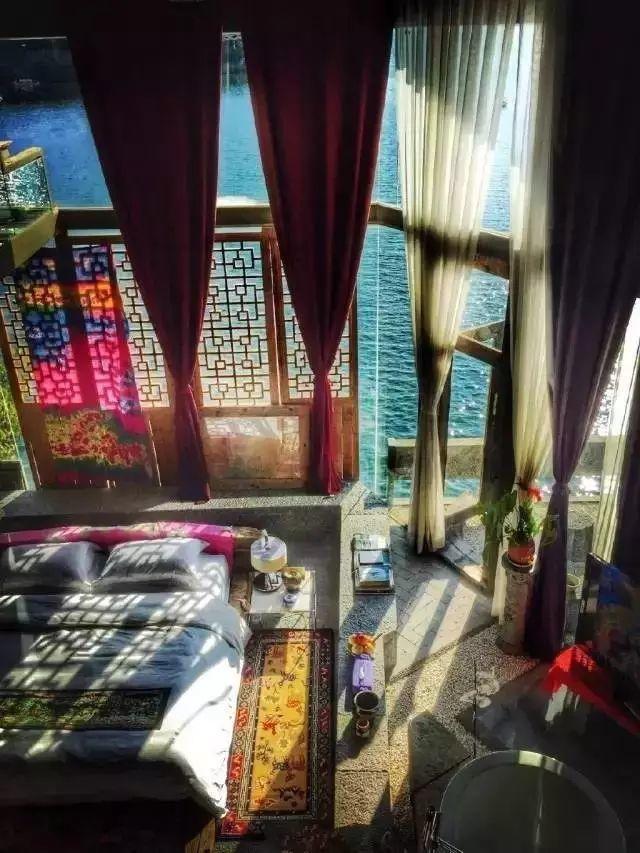 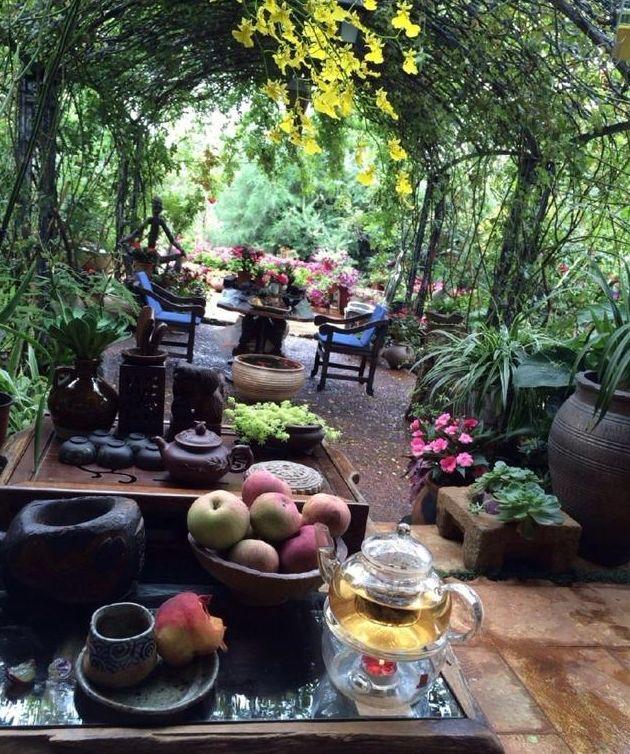 There are flowers and flower pots in her yard.  ↓↓↓ And her house is filled with self-made cloth and books, expressing her curiosity and interest in all the creatures around her! 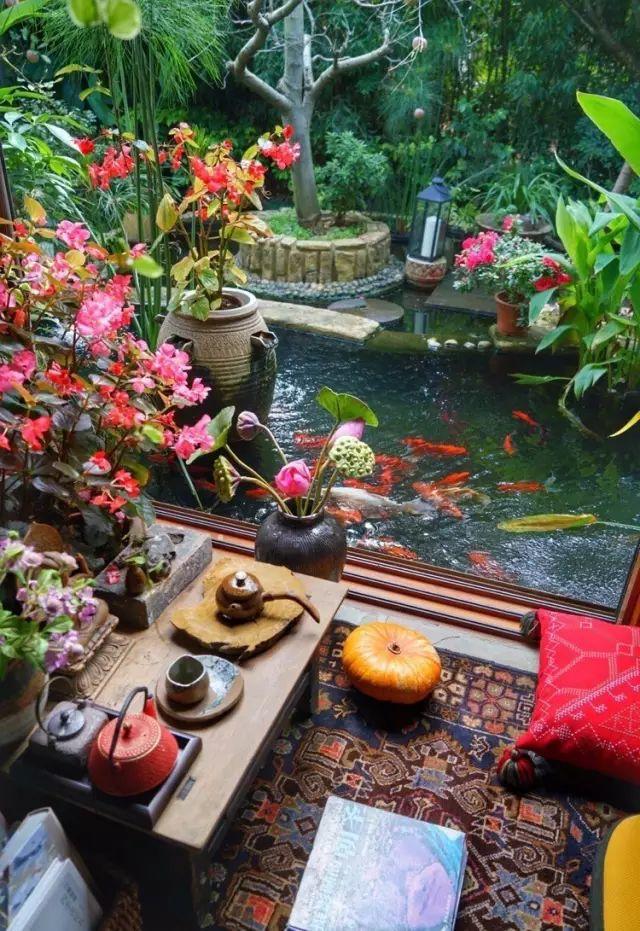 She puts herself in nature, turning her inspiration and ideas into art. In the face of the sea, she turns her own ordinary days into poem. ↓↓↓ 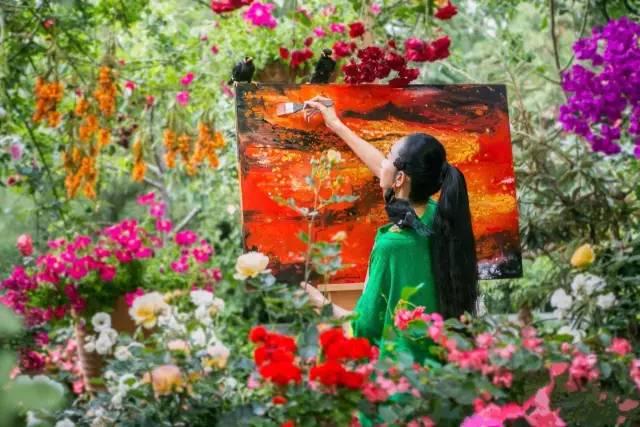 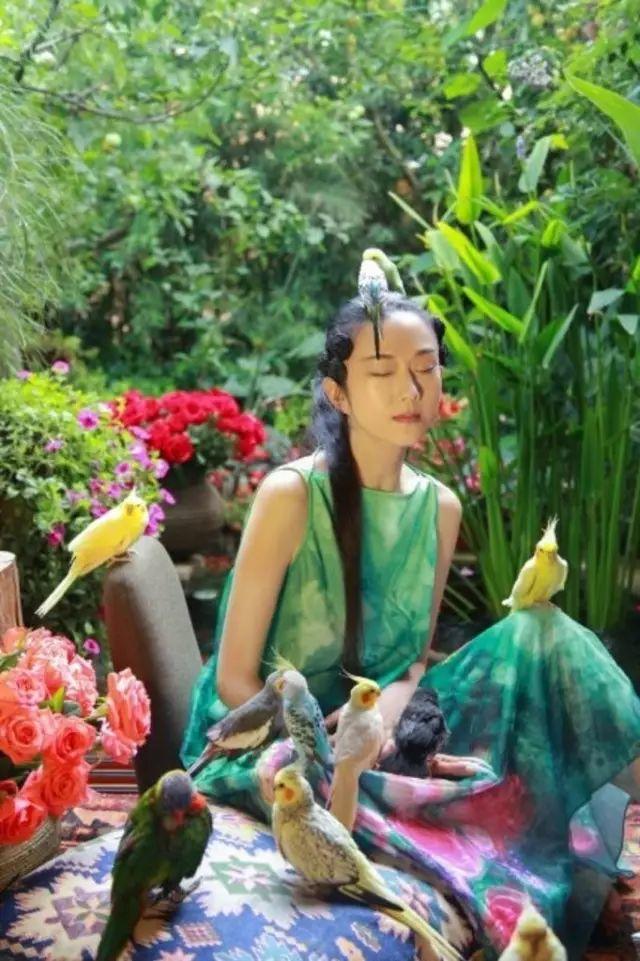 Would you believe that this woman is already 60 years old?

She once said: ”someone’s life is giving birth, someone want to experience everything, and someone just want to have a look to the world. I am just a spectator, seeing a tree how to grow, river how to flow and cloud how to drift.”

Can you imagine their ages?

Some time ago, with a pair of beautiful legs, Mo Wenwei, who has attract countless people’s attention. 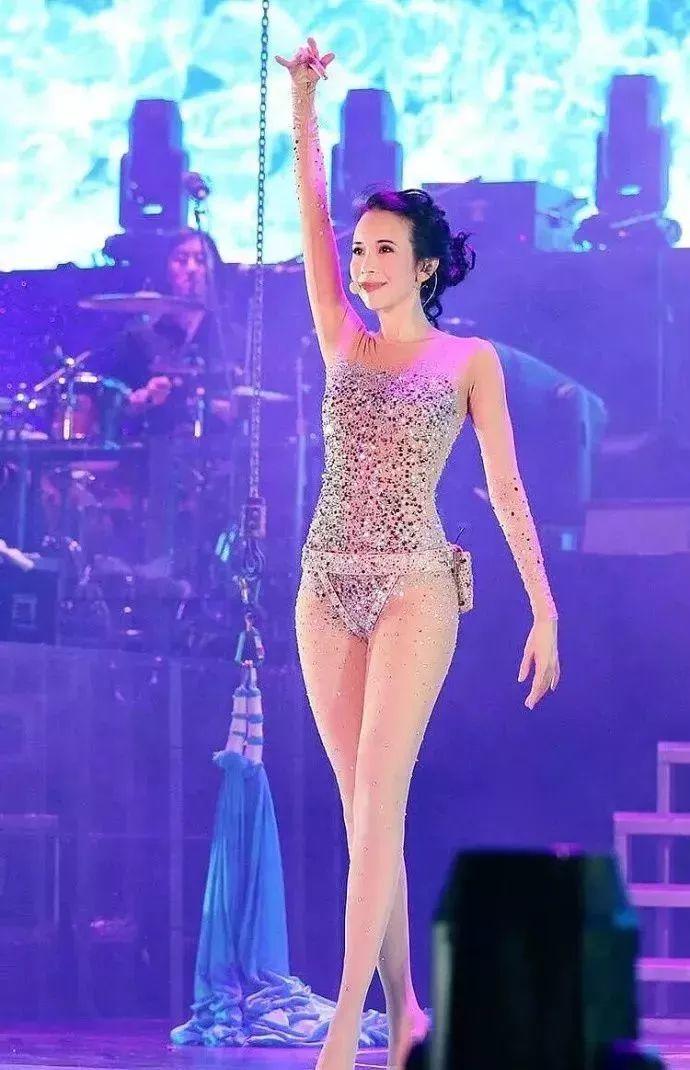 At the age of 48, she wore a flesh-colored jumpsuit that was very challenging to her figure at the concert. A shapely figure, combined with the stage effect, there is a sense of the fairy goddess…

And at the release of “Hidden Man”, Xu Qing and her hot figure are both hanging on the top search.

At the age of 51, Zhou Huimin is seem much younger than 21-year-old dancing partner who next to her at the concert.  ↓↓↓ 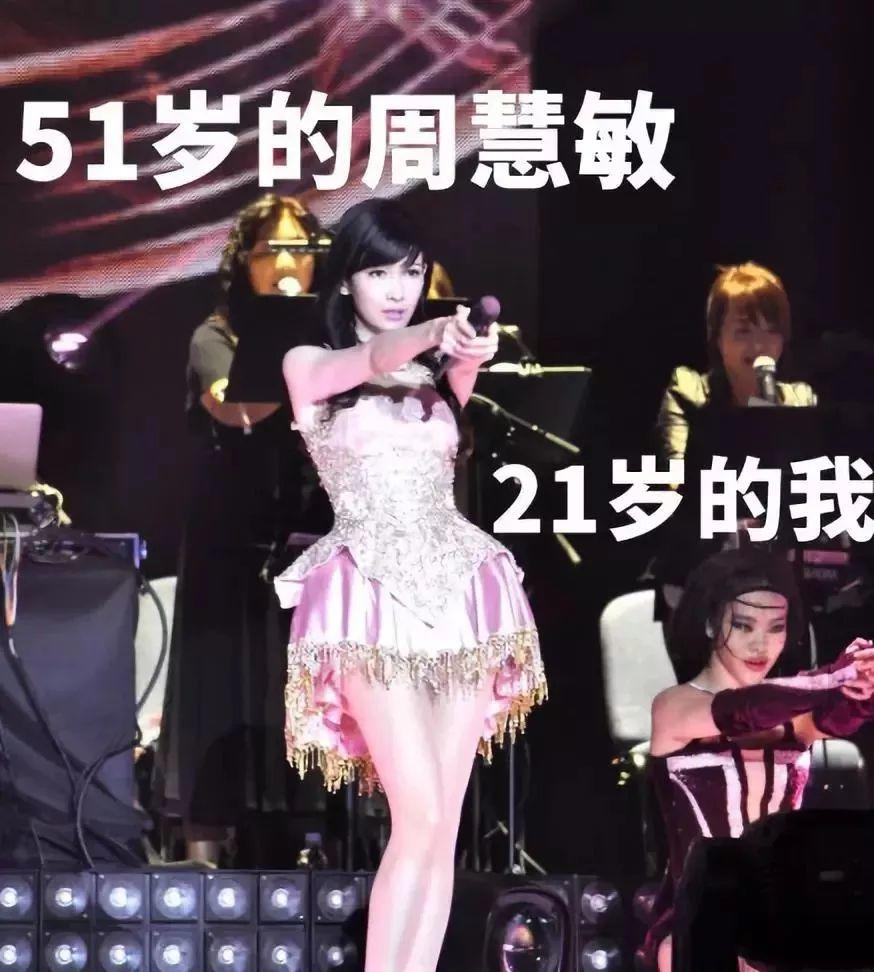 We always say time never defeat beauty, but the real beauty is to beat the hardness of the time by strictly controlling themself.

No one in this world can succeed easily, and the world is always secretly rewarding people who are self-disciplined.