On June 21, it will scrap the minimum balance and below balance fee for personal integrated accounts that apply to 3 million customers in Hong Kong from August 1, HSBC said.

The following fees will be removed, effective from 1 August 2019: 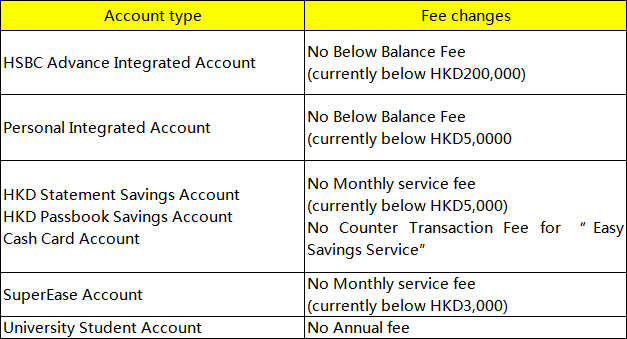 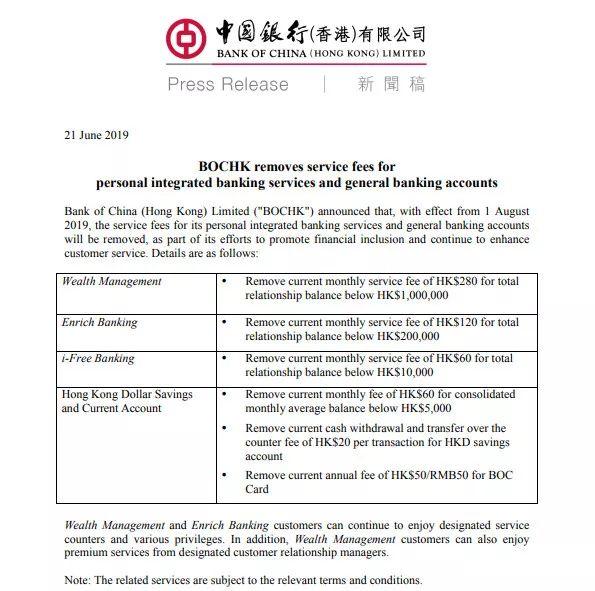 Standard Chartered Bank will abolish its minimum-balance fee from August 1, the third major bank in a week to scrap the charge imposed on small depositors as Hong Kong’s traditional lenders prepare to fight off competition from virtual banks.

Counter transaction service fee for click-account clients and low balance maintenance fee for non-packaged client’s deposit accounts also to be removed by it. 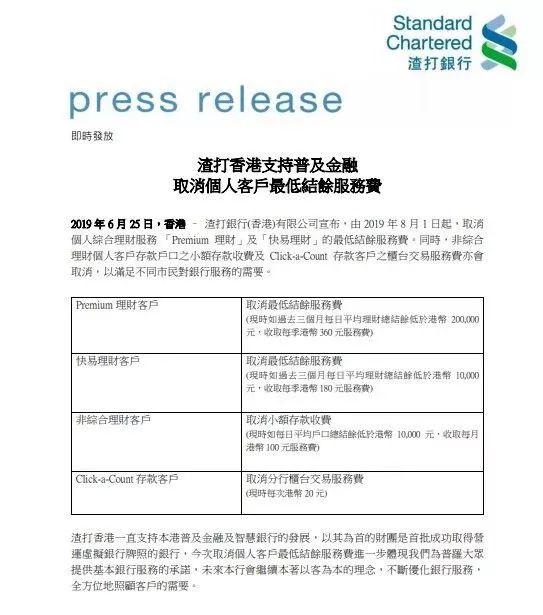 These moves are related to the fact that there will be eight new virtual banks set up in Hong Kong in the fourth quarter of this year,” said Ben Kwong Man-bun, a director of brokerage KGI Asia.

“HSBC needs to act now to persuade its millions of customers to stay on or many of them may opt for joining the virtual banks which do not charge a fee for small depositors.” 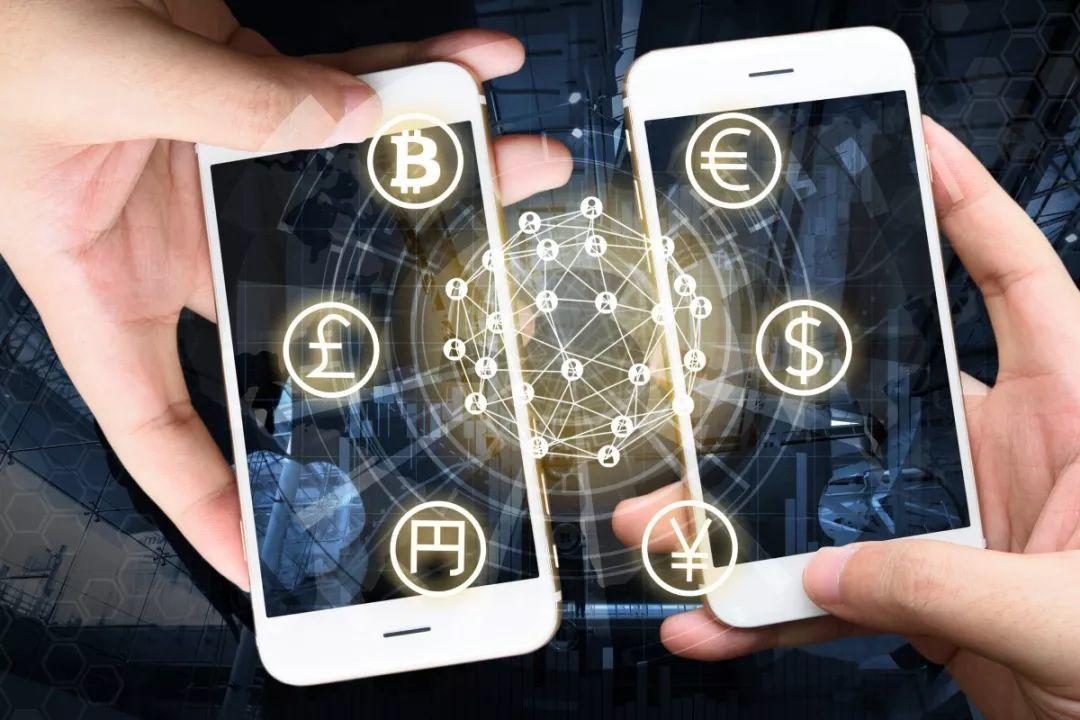