Amazing! A Day in Huawei As A Foreigner!

A team got a tour of Huawei’s sprawling Shenzhen campus, home to the Chinese tech giant at the eye of a global security storm. Let’s check it!

In just three decades, Huawei has grown into one of the largest telecom companies in the world. The Chinese company’s smartphones are now competing with both Apple’s iPhones and Samsung’s Galaxy range, while it is working to deliver 5G to the world. Huawei has, however, faced a lot of scrutinies recently.

Western countries suspect that the company has ties with the Chinese government and, as a result, have blocked Huawei’s activity. Huawei’s CFO Meng Wanzhou was also arrested in Canada and was threatened with extradition after the American judiciary accused the firm of fraud and IP theft. 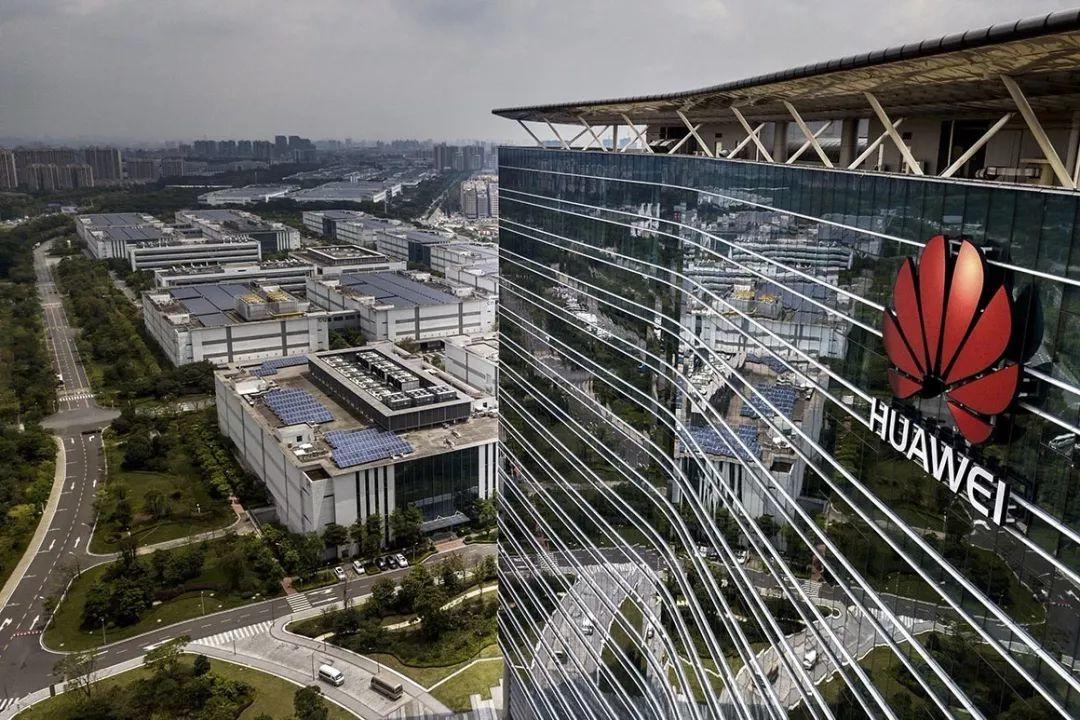 In short, Huawei could probably use an image boost — which is possibly why the company has invited more journalists to take a look behind the scenes.

Business Insider went to visit the Huawei campus in Shenzhen in 2018 along with another 40 journalists from various European countries.

While we didn’t get a peek at any of Huawei’s technological triumphs, a number of the company’s senior executives did answer the press’ questions.

Scroll on to have a look at Huawei’s campus in Shenzhen. With roughly 180,000 employees working for Huawei, the tech giant’s revenue stood at $100 billion in 2018, and the company is even bigger than Apple in the smartphone market.

Huawei’s campus is located in the north of Shenzhen In the seventies, Shenzhen was still a poor fishing village. Created with Datawrapper

Shenzhen is a bustling city in southern China that has been twinned with Hong Kong. From humble beginnings as a poor fishing village, Shenzhen has grown into the Silicon Valley of China.

30,000 employees live and work on this campus 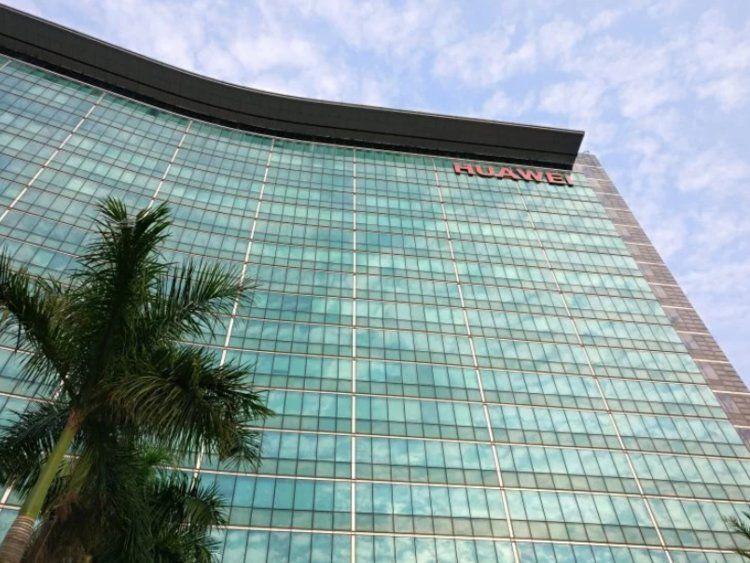 Of Huawei’s 180,000 employees worldwide, around 30,000 live and work on the campus in Shenzhen, which measures two square kilometers.

Here’s Huawei’s new campus in Dongguan, which is where were shown around. 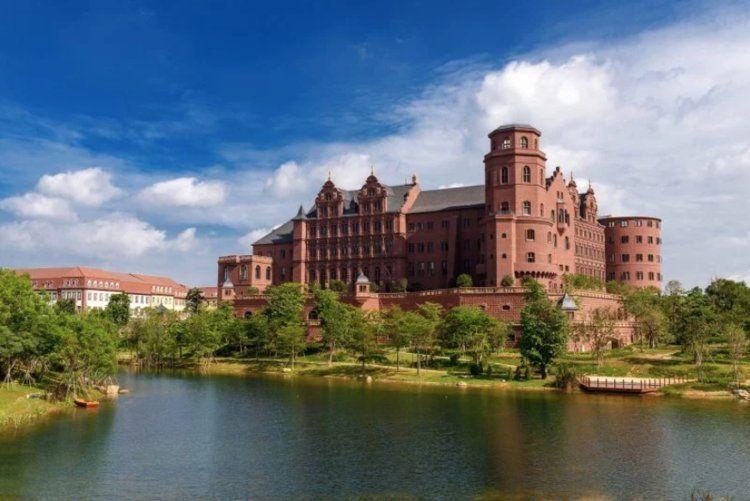 Huawei has constructed a new complex, home to “villages” named after European cities.

Some employees are moving — or have already moved — to a new campus in Dongguan, an hour’s drive north of Shenzhen.

Huawei has built a brand new complex c0vering nine square kilometers, with villages named and, it would seem, designed, with European cities in mind.

This year, Huawei will be shifting a lot of its work to Dongguan The land is cheaper in Dongguan than in Shenzhen.

2019 will see Huawei transfer a lot of its product research and development to Dongguan, where land is cheaper than in Shenzhen.

Huawei’s head office will be staying where it is 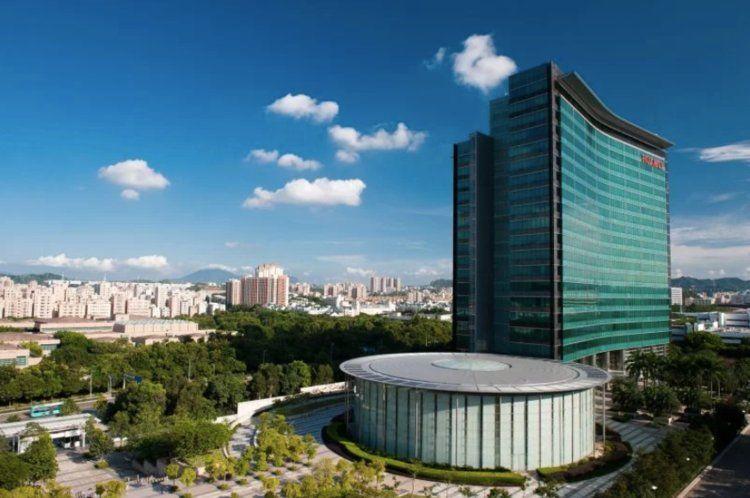 will be staying where it’s currently situated in Shenzhen. 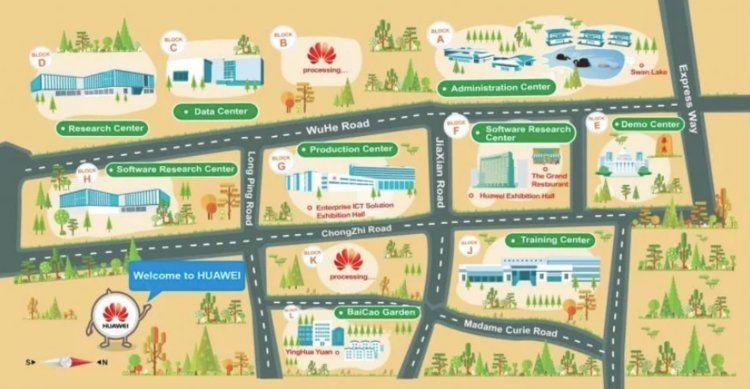 A map of the Huawei campus.

Each block is allocated to a specific business unit of Huawei.

Each campus area has its own canteen, architectural style, and employees There are buses that can take you from one block to another.

Employees can travel between buildings via bus or on foot.

At noon, we got a tour of the campus 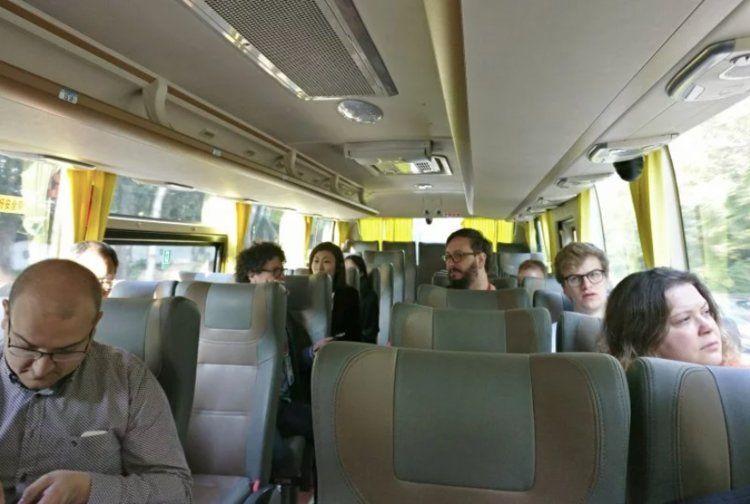 One of the buses that travel across the campus. Herwin Thole / Business Insider

We were taken around by bus.

The campus’ buildings are far from sleek and modern What’s particularly striking about the buildings is that they aren’t as sleek and modern as you might expect a tech company’s buildings to look. Instead, they have an old European feel.

The campus has a lot of greenery No blade of grass out of place on Huawei’s grounds. Herwin Thole / Business Insider

The campus’ many green spaces are kept well maintained. Aerial photographs of the campus.

Zhengfei, apparently, has a strong interest in architecture and gardens. 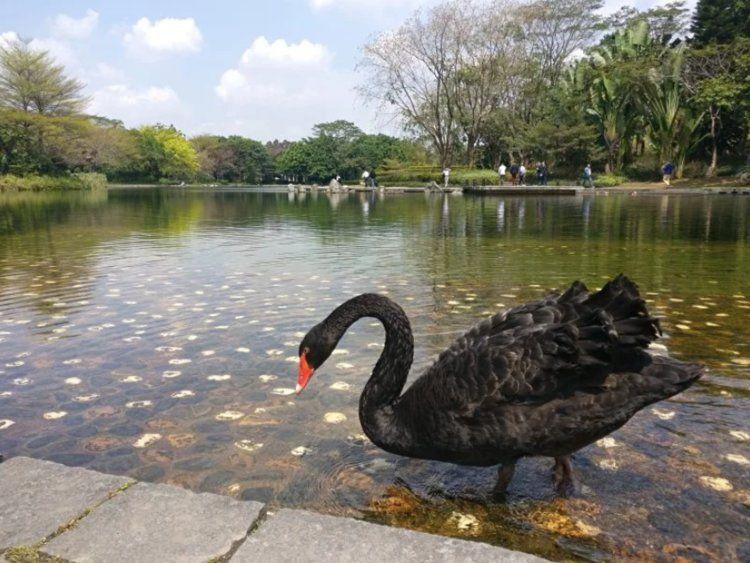 Black swans have special significance for Zhengfei — in economic science, a black swan means an event with major consequences that no one saw coming.

As well as being pleasant to watch, the birds’ presence on the campus is meant to serve as a reminder to staff not to rest on their laurels — and to always be prepared for the unexpected.

We had lunch at the training center for new staff members One of the campus’ canteens. Herwin Thole / Business Insider

The campus has large canteens where 1,000 employees can eat at the same time.

Upon entering, my face was scanned 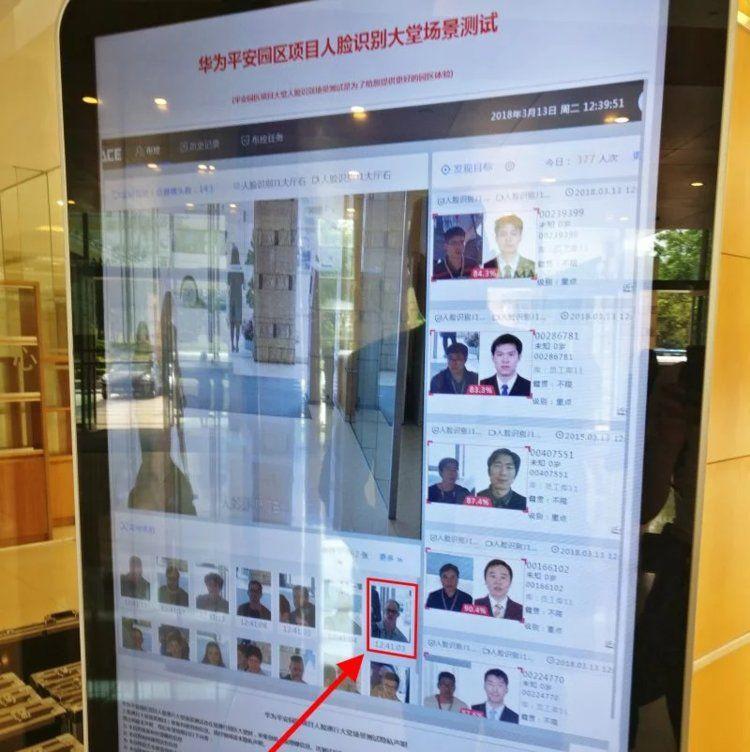 After your face is scanned, you can see it on a large screen at the entrance. Herwin Thole / Business Insider

When the system recognizes an employee, his name and role are displayed — anyone not on the system will show up as unrecognized.

In the food court, there are parasols hung from the ceiling 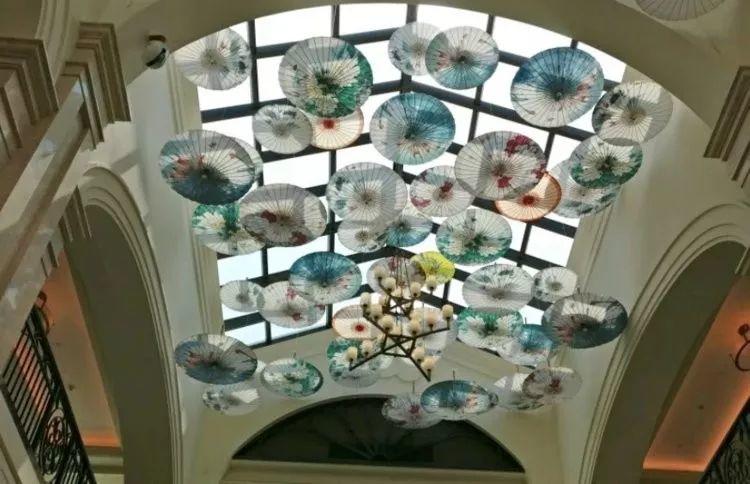 Space has a southern European feel. From Korean pancakes with beef and fried potatoes with cream, this canteen had it all.

There was a vast array of food to choose from 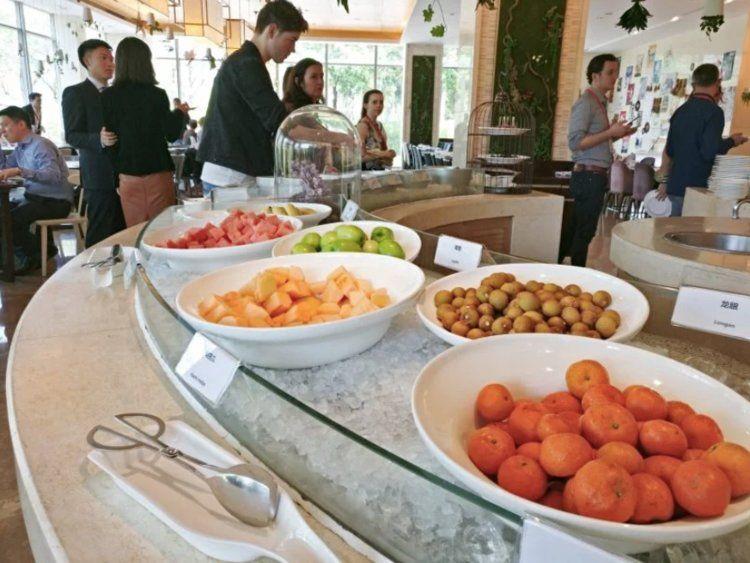 We were spoilt for choice in this canteen. Herwin Thole / Business Insider

The canteen served a plethora of different kinds of fruit.

There was even a sushi chef The chef prepares fresh fish right in front of you

After lunch, we went back to the auditorium The promised visit to the factory floor, unfortunately, didn’t take place so we joined 40 or so journalists in the auditorium.

Instead, we were given a presentation by Clement Wong, head of global product marketing. Wong spoke about the rise of Shenzhen. A host of other executives also took to the stage, including Kevin Ho, head of Huawei’s smartphone department.

The visit was carefully stage-managed and few secrets were revealed. But it was a rare opportunity to get a glimpse under the bonnet of a Chinese tech firm that has dominated the headlines in the West.