The Spring Festival is around the corner, and people are busy doing holiday shopping or sending luggage home. The public pays heightened attention to the holiday arrangements of all kinds of express companies during festival.

Will express delivery be stopped during the Spring Festival?

The good news is that they said it and other such news are false. 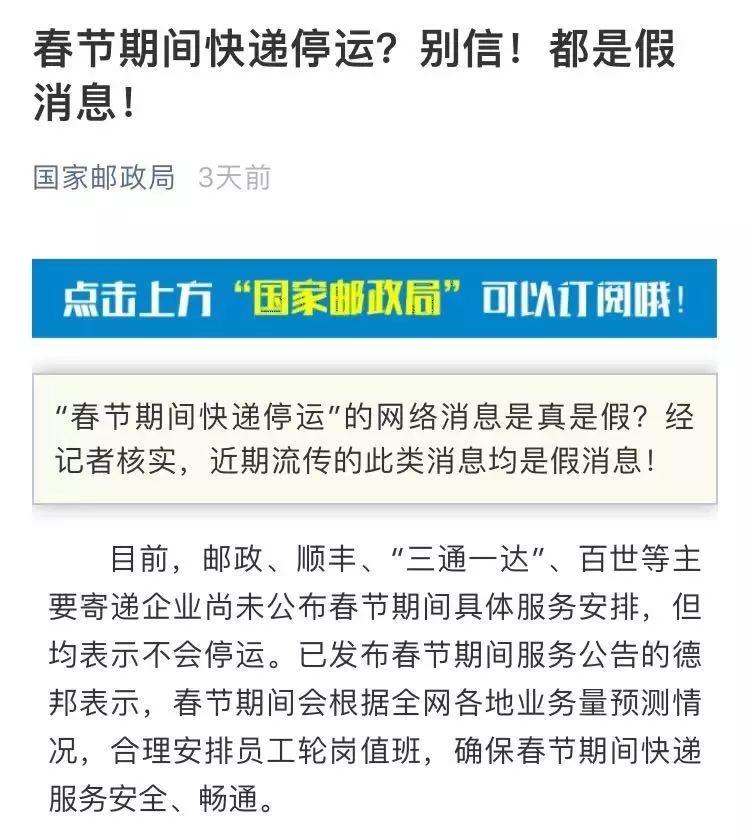 Express delivery will be affected during the Spring Festival.

The things you need to send to other provinces should be sent at January 28/29 at the latest.

The service announcements of express companies during the Spring Festival
DEBON

Due to the limited carriages resources of the Spring Festival, the time limit for shipments sent to all parts of the country during the holidays will be affected to varying degrees.

You can pay attention to the Debon Express WeChat public account or call the customer service hotline 95535 to check the nearest business outlets to get the express mail information in real time. 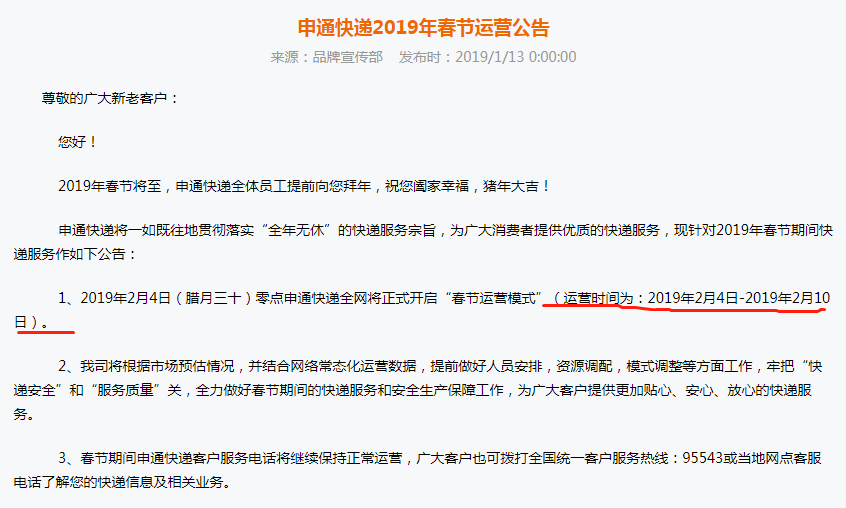 Anyway, the Spring Festival is the only holiday for most Chinese factories’ workers. So don’t underestimate the power it may have. If you have the plan of sending a courier, getting your orders as soon as possible is the best.

Article content is for reference only and does not constitute investment advice!