Hate it when you see people staring at their phones while crossing the street?

You will like this. News of a woman was fined for being a “smartphone zombie” in the eastern Chinese city of Wenzhou sparked a heated discussion online recently. A number of people called the fine “commendable” and a “very good” idea. 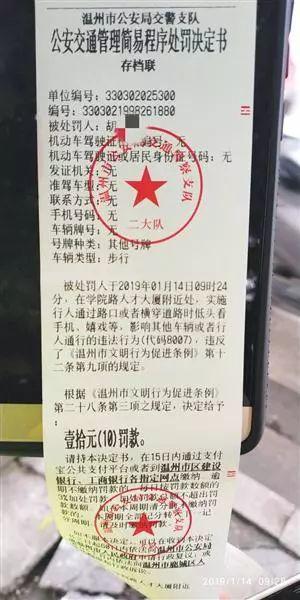 The woman, identified as Ms. Hu, was fined 10 yuan for fixating on her mobile phone while crossing the road. The reports of woman violated the regulations promoting civilized behavior, which came into effect on New Year’s Day banning “activities affecting other vehicles or pedestrians“, have drawn thousands of comments on the popular Chinese social media platform Weibo, with many applauding the move. 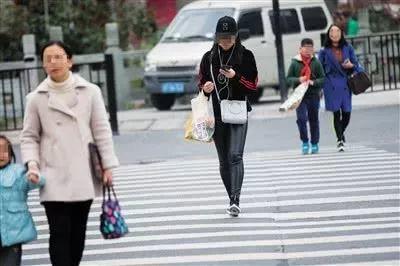 In a bid to stamp out this somewhat hazardous behavior, the Wenzhou city will fine you 10 yuan or give you a warning notice. The phenomenon of someone use their mobile phone while neglecting another person and vehicles or what will happen around him, has been classified into uncivilized behavior to raise awareness of traffic safety.

This recent incident marked the first example of someone being issued a ticket for phubbing while crossing the road as the regulation being effective since January 1, 2019.

After the ticket was issued, one commentator wrote that they “support” the fine, before urging people to “be responsible for others, and responsible for yourself!” Some called for the regulations to be “rolled out nationwide” to raise awareness of traffic safety.

Some experts pointed out that punishment can play a warning and alert role, but in order to fundamentally reduce such behavior, appropriate law and regulations should be implemented. Some experts believe that everything depends on policies and regulations, and who will bear the costs of legislation and law enforcement? In addition, the definition of penalties and behaviors needs to be further clarified.

According to Zhuwei, an associate professor from CUPL(中国政法大学), in the current official policy, the Wenzhou traffic police did not clearly define the concept and behavior of the “phubbing”. The law enforcement efforts were not well mastered and the certification standards were urgently needed. For example, how long does it take to bow? Looking down on the phone, does it include other electronic products?

In 2018, a woman ran a red light to crosse the road while using her phone on the whole time.

When she found out that the motorcycle was coming, she tried to speed up to escape, but ultimately failed to avoid the tragedy. Hu was knocked down, and the motorcycle driver and the passenger Zhang also slipped to the ground. Zhang eventually died due to the ineffective rescue.

Click this link to read the article: Woman Fined ￥200,000 for Playing Phone when Cross the Road!

A similar law in Honolulu

Elsewhere, the Hawaiian city of Honolulu introduced legislation to outlaw phone zombies on October 25, 2017, which will fine you up to $35. Get caught a second time and it’ll cost you up to $75. And a third time — regardless of whether you’re in the hospital by then having been hit by a car — pushes the fine up to $99. 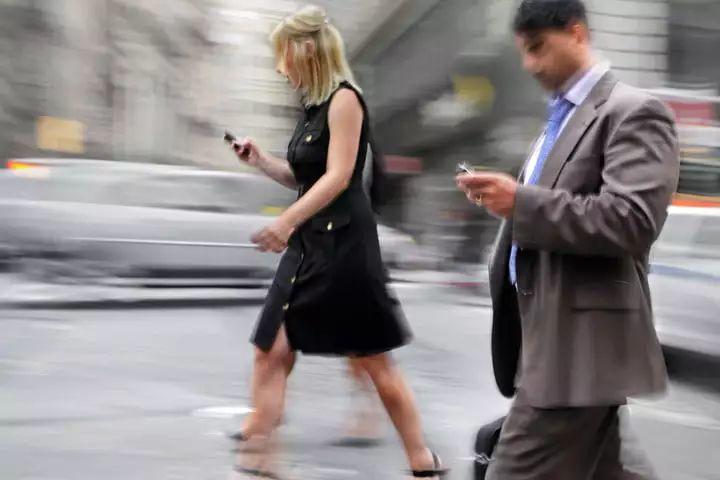 The strict ban, believed to be the first of its kind in the world, as an attempt by the Honolulu authorities to discourage people from using their phones while walking along, a risky habit that seems our growing addiction to smartphones and other hand-held techs over the last decade or so.

According to Zhu, a professor from Party School of CPC, Wenzhou’s policy of issuing fines to the phubbing is actually for the sake of our lives, “so I think it is necessary“.