As of now, the number of users waiting for the deposit refund on the ofo has accumulated more than 10 million. This number is still increasing at a rate of almost 10,000 people per minute. Only at the initial user’s deposit of 99 yuan per person, ofo must pay at least 1 billion yuan. 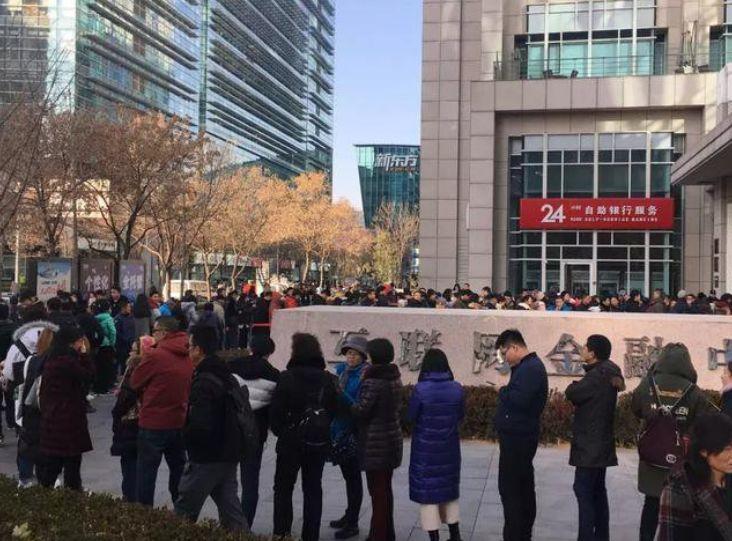 From 8:00 am on December 17, Ofo’s headquarters in the Zhongguancun Internet Finance Center has been “siege” by users who have asked for a deposit. The length of the line extends from the lobby to the door of the Internet Center at about 20 meters. The time to queue up to enter the building has changed from one hour to a maximum of three hours. 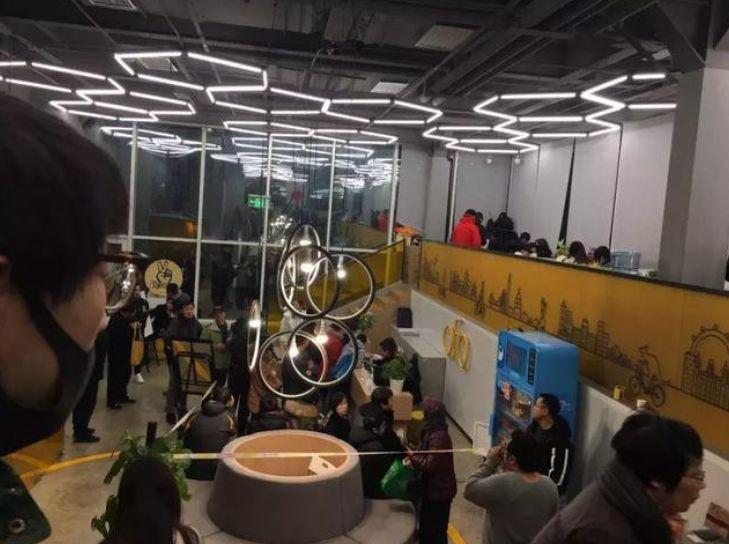 At about 4:30 pm, the staff said that the refund of the deposit business was extended until 10 pm but there were still more than 100 people waiting in line at 7 pm. 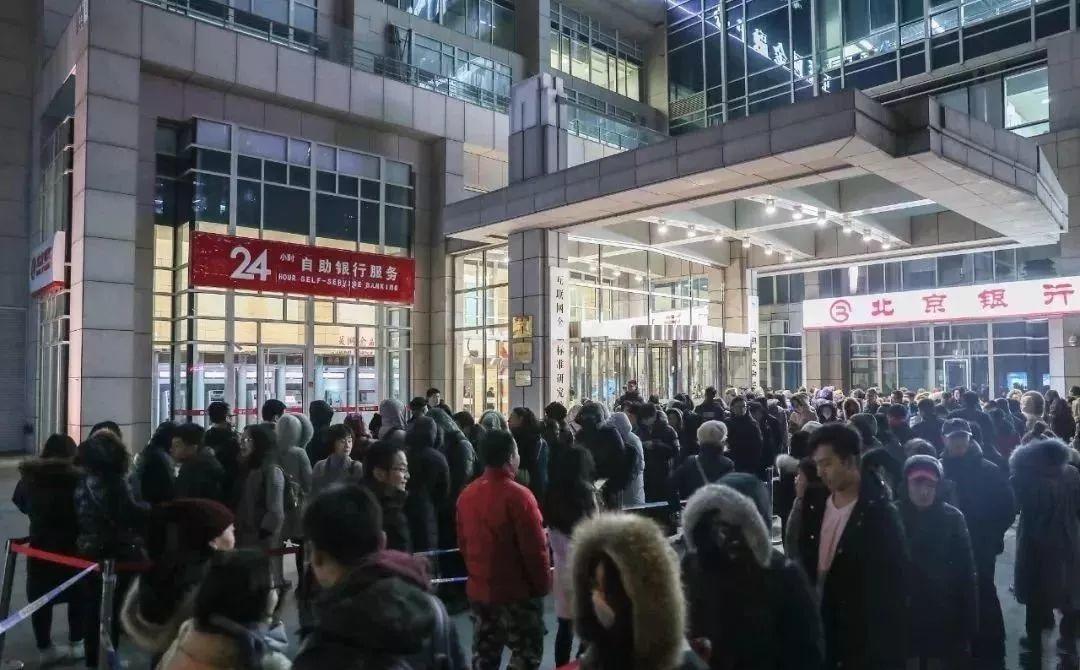 On the evening of the 18th, ofo prompted an official notice the online via WeChat public account. Yesterday, ofo said that if the user submits the online application for refund of the deposit via the app, the back-end system will review and collect the relevant information according to the order in which the application is submitted.

After the verification is completed, the users will get the refund deposit sequence, and the ofo will refund in order. If a user registers on the spot, ofo will incorporate the collected information into the online deposit refund sequence in chronological order. 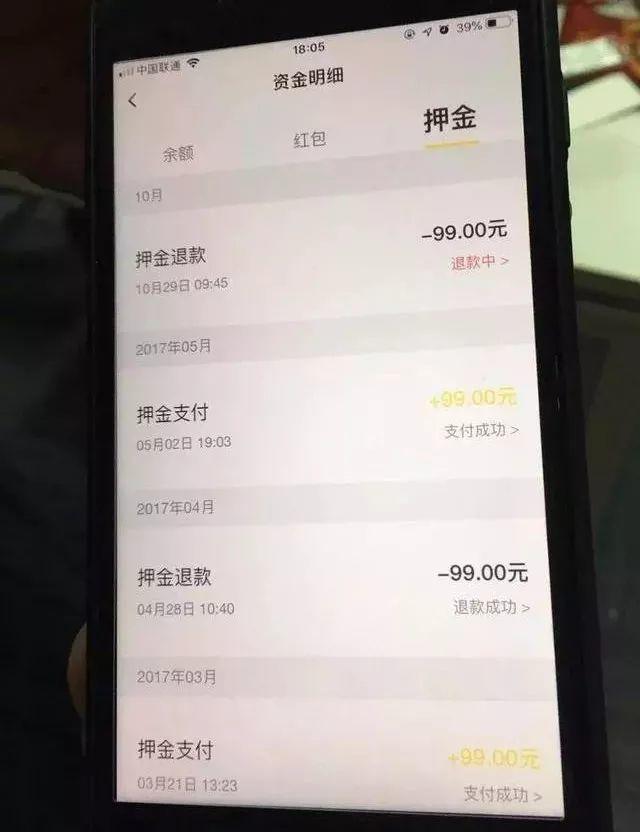 It is reported that the users waiting in line at the ofo headquarters can not directly get a refund, queued for three or four hours to enter the ofo office and only registered the phone number and Alipay account, the staff promised to return the deposit in 0-3 working days to the users’ Alipay accounts. However, many users still don’t believe this.

Does ofo have so much money

back to the users?

A balance sheet of ofo about six months ago showed that the total debt of ofo was 6.396 billion yuan, including users’ deposit of 3.60 billion yuan. Ofo insider said that such a large-scale users requested a refund of the deposit, and ofo which is in the current funding situation could not be borne. 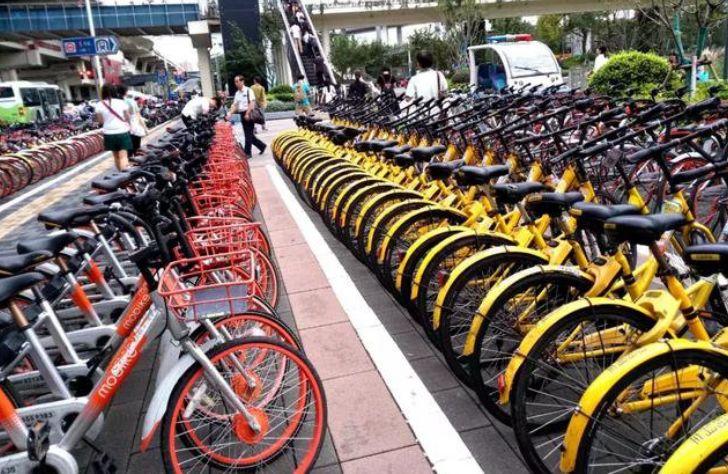 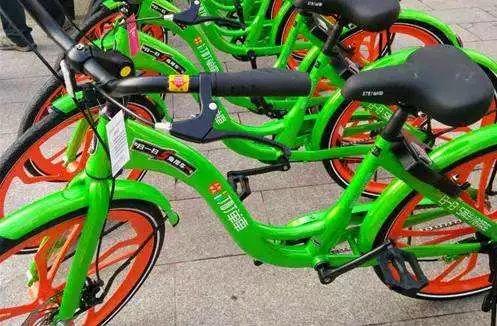 At the end of July last year, Qingqing Bike committed to refund the deposit but the office was empty overnight, owing the user more than 30 million yuan deposit, the founder Ding Wei was imprisoned. Industry insiders estimate that the amount of the deposit pool is more than 1.5 billion yuan, and it still owes at least 1 billion yuan to the suppliers. 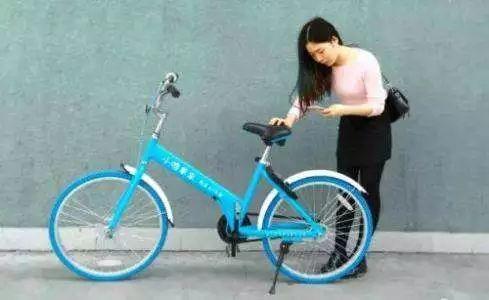 Where ofo’s deposit has gone may only be clear to insiders, but it is certain that ofo no longer promises to complete the refund application within 0-3 working days.

The bike-sharing service app ofo is alleged to give higher priority to foreigners in terms of releasing deposits while neglecting mounting requests from its Chinese users struggling to get their deposits back.

On Thursday, a Chinese netizen posted on the Sina Weibo, saying that instead of waiting forever on the phone to get through to the ofo customer service, he decided to try the “foreigner suing strategy.”

He wrote a fuming email to ofo under the identity of a California native who’s lived in China for about two years and doesn’t speak fluent Chinese, requesting an immediate refund and threatened to sue the company. 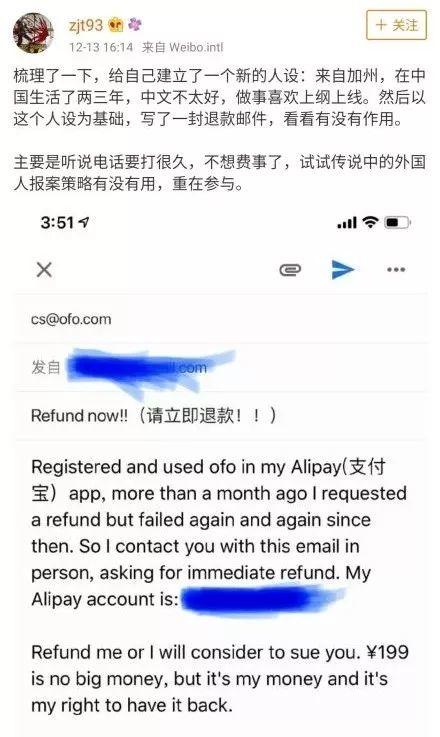 He posted again on Friday, saying a speedy refund was received in the morning, and showed a screenshot of an apology letter sent to him from the ofo Support Team. 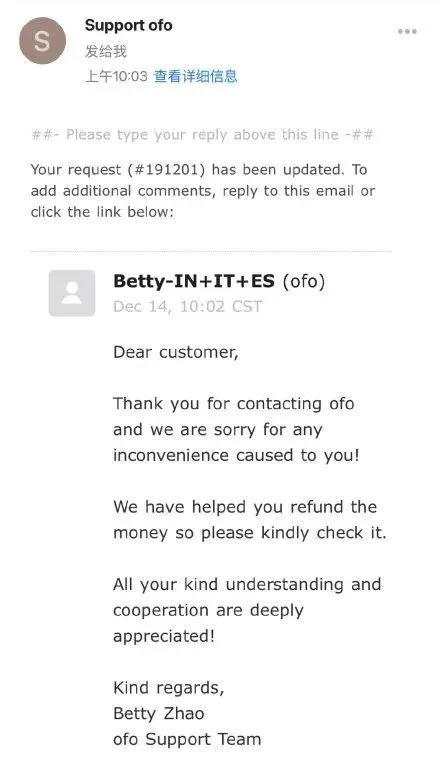 The post sparked an outcry among Chinese netizens who are both disappointed and outraged at what seemed to be the company’s two-faced treatment to its domestic and foreign customers.