OMG! Top Hotels in China Were Exposed Such Dirty Things!

On the evening of November 14th, the netizen “@花总丢了金箍棒” uploaded a video of a pinhole camera to expose the hygienic problems of many hotels in China, including the famous five stars hotels such as Marriott, Sheraton, Shangri-La and Hilton, even top hotels such as Ritz Carlton, Bulgari, Mandarin Oriental, Four Seasons.

How is it possible for these five-star hotels to charge thousands of RMB per night, but are unable to provide basic sanitation of the rooms?

Unspoken Rules of the Hotels

In this video, there are problems with the cleaning work of 14 high-end hotels. The room attendant didn’t sterilize the cups but used the dirty guest towel to scrubbed directly. It is common to scrub the hand basin, the cup and the toilet with the same used dirty towel as rag. 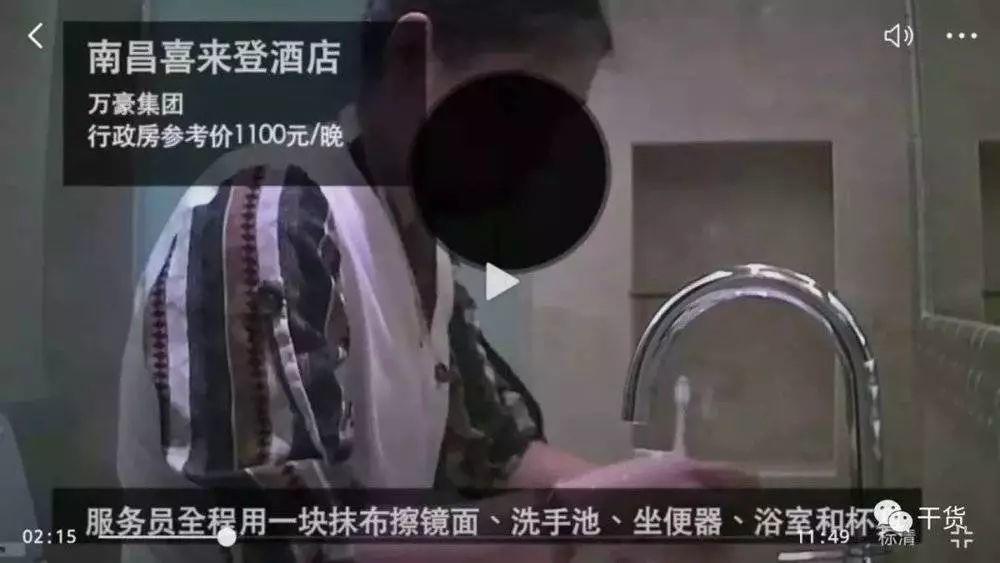 The whistleblower stated that his purpose was to condemn the domestic hotel industry for failing to implement the relevant regulations of the hotel industry, leaving behind a potential health hazard. At present, 11 hotels have responded to the exposure, claiming to strengthen supervision.

“Reality is far worse than what’s shown in the video.” In an interview with Chinese media, @花总丢了金箍棒 exposed what he had done after investigation in more than 30 five-star hotels.

Do not think that the hotel’s cleaning problem is unique to China. The United States and the United Kingdom also have similar news, and some internationally renowned hotels also have been uncovered. Problems exposed abroad have also been found in China. For example, some hotels do not change the used bed sheets for each guest.

There was a test, foreign reporters used fluorescent agents to write on the quilt covers and sheets they had slept. After two days, they returned to live in the same room and used ultraviolet rays to check it. As soon as the lights were on, they found that the sheets had not been changed, and a few guests had already lived in that room. 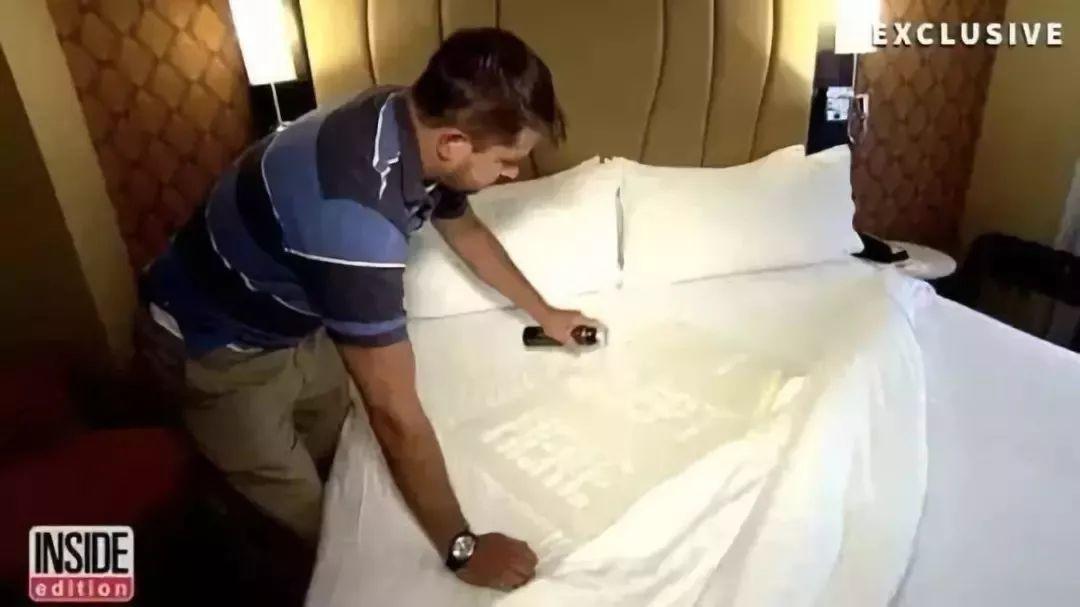 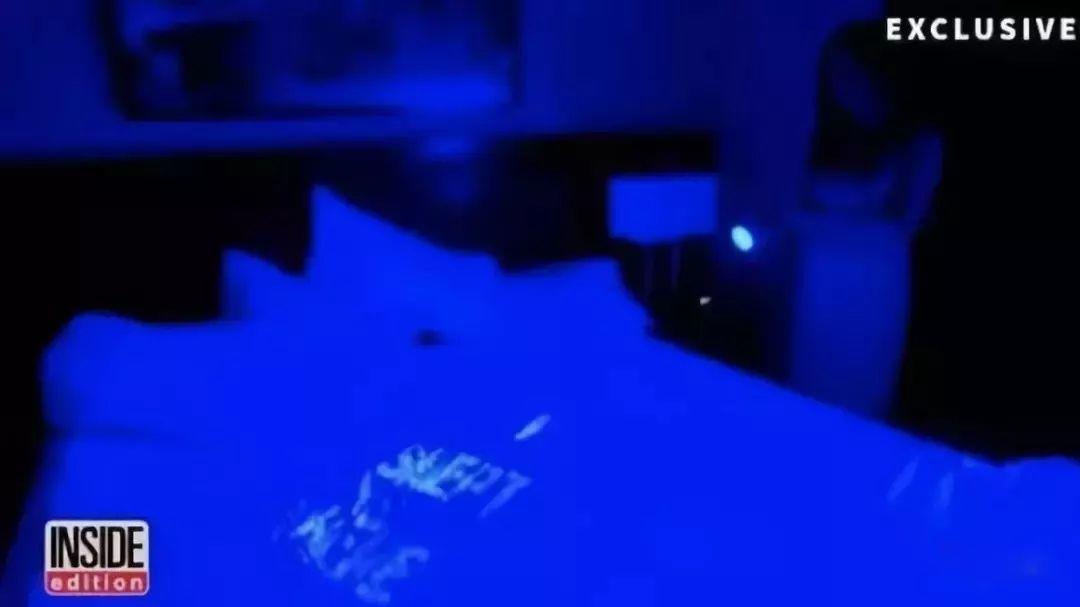 After a few days, they found that the sheets were not washed or changed.

How Dirty Is the Sheet

that Has Not Been Replaced?

According to the analysis, in fact, guests staying at the hotel do not have to worry too much about the bacterial colony on the hotel towels and sheets, because there are not as much bacterial colony as you imagine(the reasons are explained below), but there are a great deal of residues of industrial detergents.

Why? In order to look clean, the hotel used white towels and white sheets but these items are not resistant to dirt. So the usual practice is to send them to a special washing company. 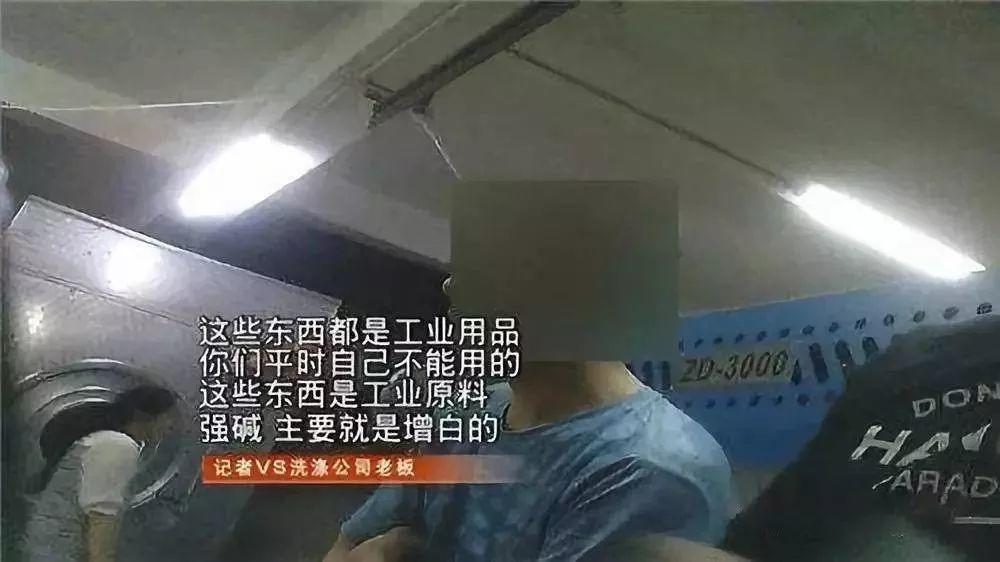 In order to save costs and achieve strong decontamination effect, the washing company generally uses inferior industrial detergent, which is strong acid or strong alkali. The effect achieved is to make the towels or the sheets “very white and clean.”

The whistleblower said that he only wanted to tell the truth and did not want to irritate anyone. When you go to the hotel next time, it is better to bring your own toothbrush and towel, and clean the cup with boiled water before using it. Sleeping in T-shirts and underwear, don’t sleep naked. 🙂