Since No 7 typhoon Wipha has been formed, the alert soon to upgrade to “orange” alert!

It is expected to land in south China today morning. Affected by this, major ports in South China, including Shenzhen, Hong Kong, and Guangzhou, have successively: 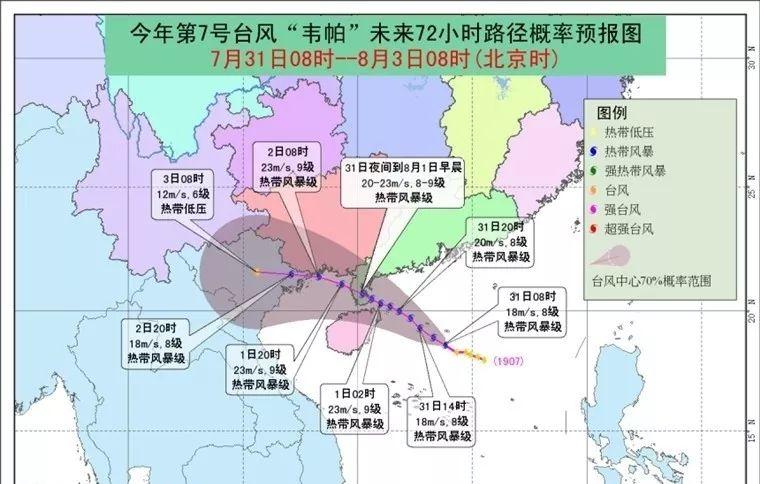 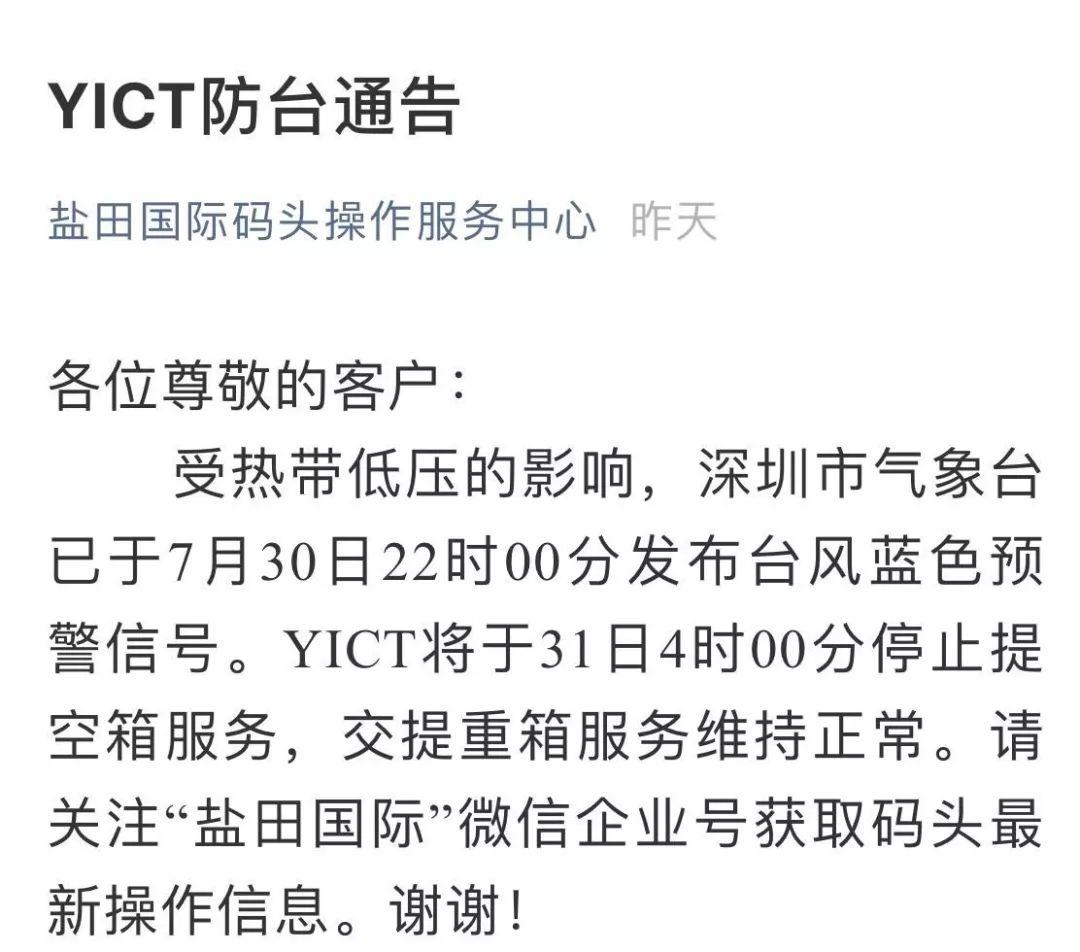 Yantian, Shekou, Dacha bay and other major ports in south China have upgraded their anti-typhoon alert from blue to a higher yellow alert at around 2 pm today (July 31) as the typhoon approaches rapidly.

It’s said that typhoon was formed at southeast sea Wenchang Hainan, expected to make the first landfall in areas from Guangdong, Guangxi, and Hainan Province, with maximum Category 10-11 intensity from midnight July 31 to morning August 1. 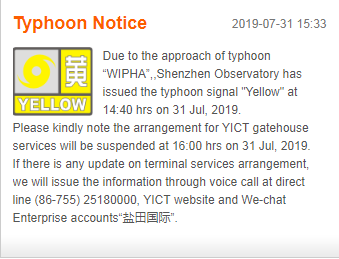 Meteorological experts pointed out that due to the long-term effect of Wipha, some areas will continue to be affected. Its impact on the south China coast can not be underestimated.

Though the area is just south China, including Shenzhen, Hong Kong, and Guangzhou, this super typhoon will definitely affect the ferry services in Shanghai, Ningbo, Qingdao, Xiamen and so on, with Domino delay!

Major ports in South China are all affected by this tropical typhoon, and even stopped to provide services.