An 82-year-old Chinese female pilot has set a record in the country’s aviation industry after flying a small plane for 40 minutes in Beijing on Tuesday.

Miao Xiaohong, one of China’s second batch of female pilots, controlled the Tecnam P2010 plane to take off, turn, climb, dive and land safely at the Shifosi Airport in Pinggu district in Beijing. A trainer accompanied her. After stepping down from the plane, Miao, who has retired for 30 years, told her former colleague who accompanied her at the airport that she felt it was great, and that her heartbeat was normal and suitable for flight.

China started to train its first batch of 14 female pilots in 1951. In 1956 Miao, who graduated from a high school in Jinan, East China’s Shandong province, won a position in the second batch after going through strict selection procedures and training.

She graduated from flight school in 1958. In the following years, she flew many important missions, including transportation and emergency rescues, experiencing lots of dangerous situations.

In 1963 she undertook a mission to airdrop materials for the flood-stricken areas in North China’s Hebei province. Poor visibility restricted her from locating the target areas as the clouds were about 100 meters above the ground. But her excellent skills secured a successful mission. In 1989, Miao retired and started her writing career. She published her nonfiction works A Daughter of the Sky and China’s First Batch of Female Pilots which depict the stories of China’s women aviators. When she searched for materials for her books, she found that many aged pilots in other countries still flew, and she had the idea to return to the sky.

To prepare for Tuesday’s flight, during the past two months Miao walked 3,000 steps every day and moved her arms to meet the requirements for high-altitude flight. 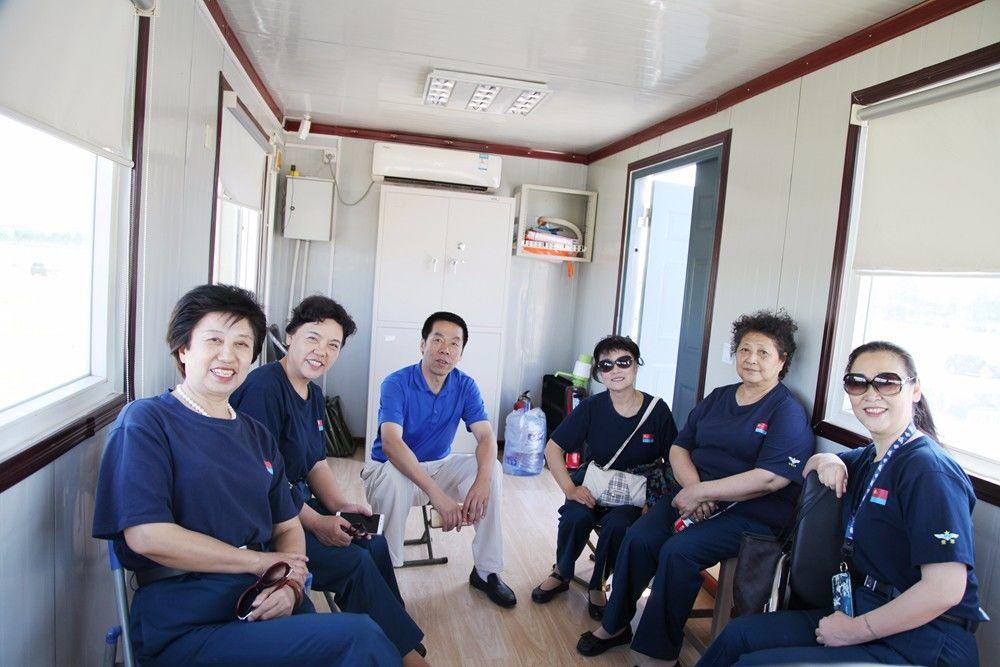 She said she had worried about the flight a lot because she was 82 years old and had not piloted any aircraft for 30 years. But when she sat in the cockpit, she was calm enough to finish the flight steadily.

Different from past flights for missions, this time her goal was to enjoy the flight. Miao said it was exciting and fresh. “Seeing the boundless blue sky unfold in front of me, it was very open.”

The trainer said that Miao could finish 30 hours of flight to get a license for commercial aviation.

Miao said her physical condition is good enough to finish the 30 hours of flight but it was not so important for her to get such a license. If the country needed her to fly, she will, she said.

After fulfilling her dream of returning to the sky, she hopes to encourage young women to join in the aviation industry. “I’m 82 years old and can fly again. You, the young people, can fly and will fly better than me.“