A woman in Beijing got a nasty surprise on Sunday when the chicken wings she ordered from McDonald’s arrived with their feathers still attached, according to local media reports.

Sadly for the customer, surnamed, Zhou, she did not notice the unwanted additions until after she had fed the wings to her young daughter, Guancha.cn reported on Wednesday. 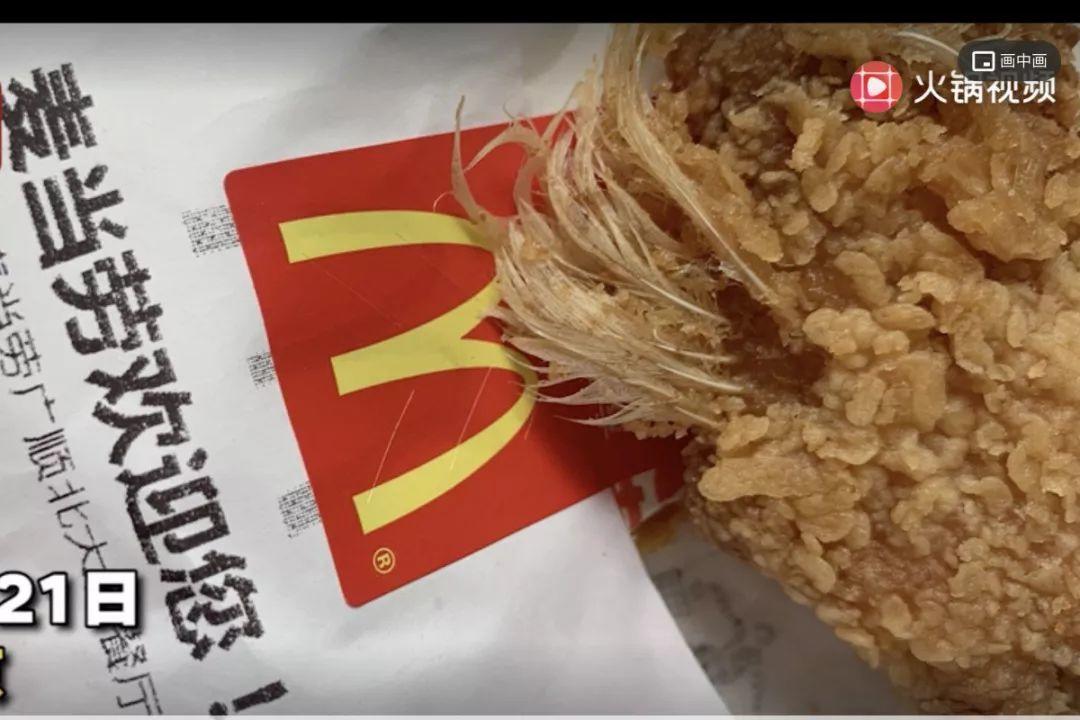 “A chicken wing overgrown with feathers was fried and then sold, to be sent straight into a child’s mouth!” Zhou wrote in a social media post alongside a photo of the offending snack with feathers clearly seen protruding through the fried coating.

“My child is now having nightmares, and whenever she eats she retches,” she said. 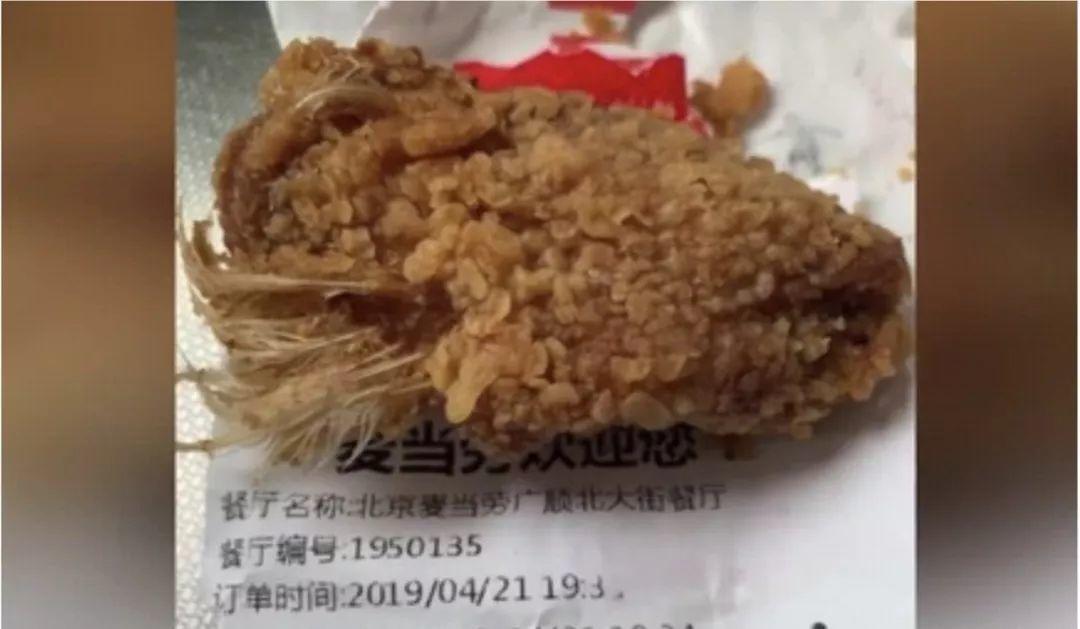 Zhou went on to say that McDonald’s had offered her compensation of 10 times the price of the chicken wings plus 300 yuan ( in meal coupons and cash, but that she had refused.

“Who can accept this?” she wrote.

She said she had instead reported the matter to the local food safety administration.

In a separate report by media outlet Being Time, Zhou said that her daughter had eaten three of the wings-bought from the fast food chain’s Guangshunbei branch on the outskirts of Beijing-before making the unpleasant discovery. 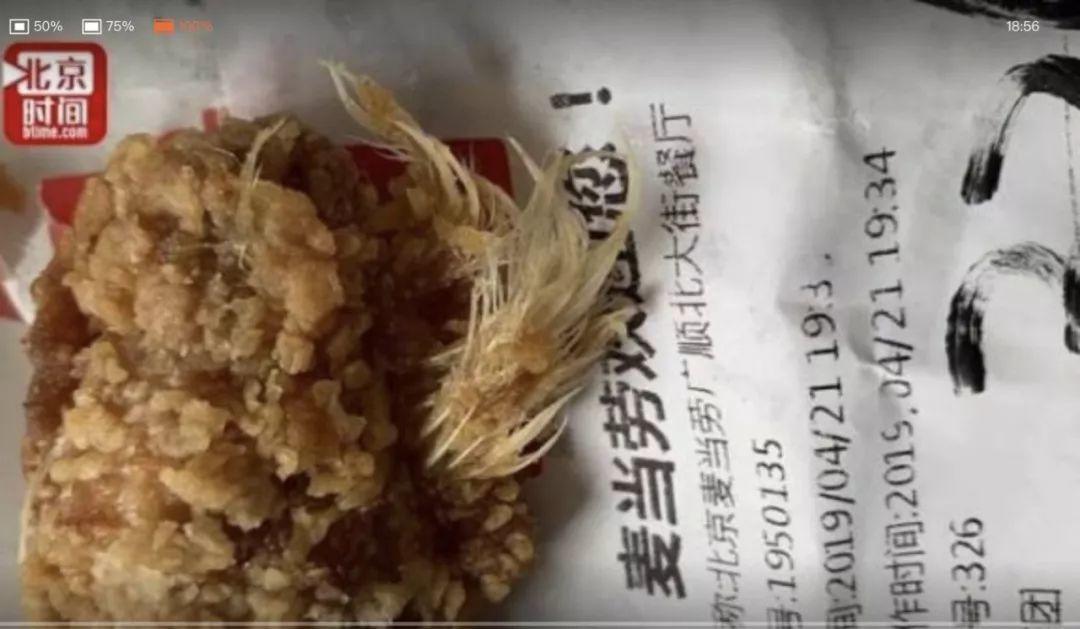 McDonald’s China posted an apology on its official Weibo account on Tuesday saying it had launched an investigation into the incident.

“We express our sincere apologies for the product flaw which was not immediately detected by the restaurant and has caused inconvenience for the customer,” it said.

This is not the first time McDonald’s has been accused of lax food safety standards in China. 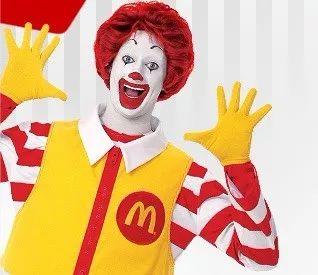 On April 15, the company issued an apology after a customer at its outlet at Changle Airport in Fuzhou, the capital of Fujian province, suffered vomiting, a sore throat and stomach ache after being served milk tea contaminated with a disinfectant. 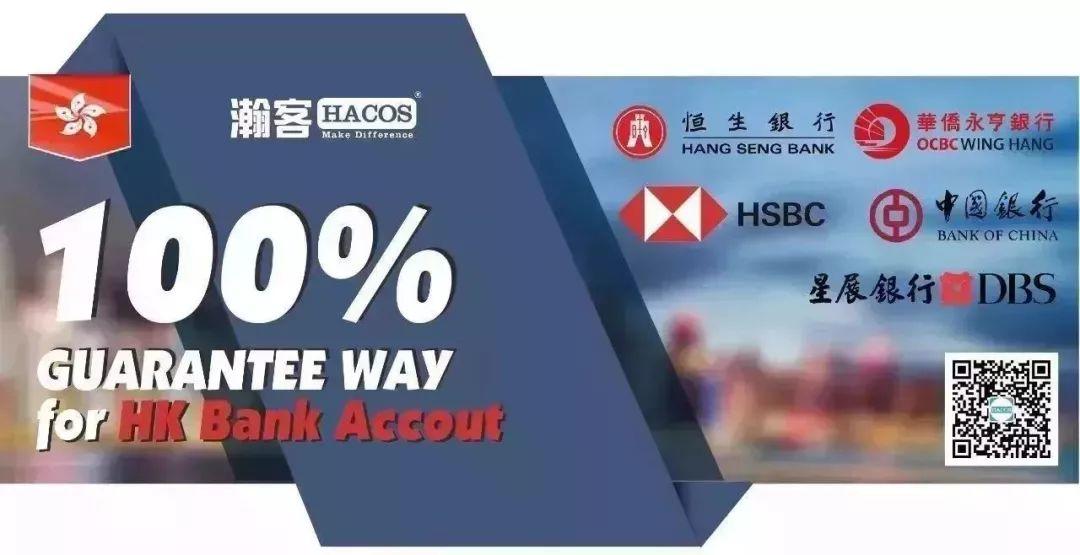