The Hong Kong-Zhuhai-Macau Bridge connecting the east and west sides of the Pearl River Delta in South China will officially open . the liaison office of the central government in the Hong Kong Special Administrative Region revealed . 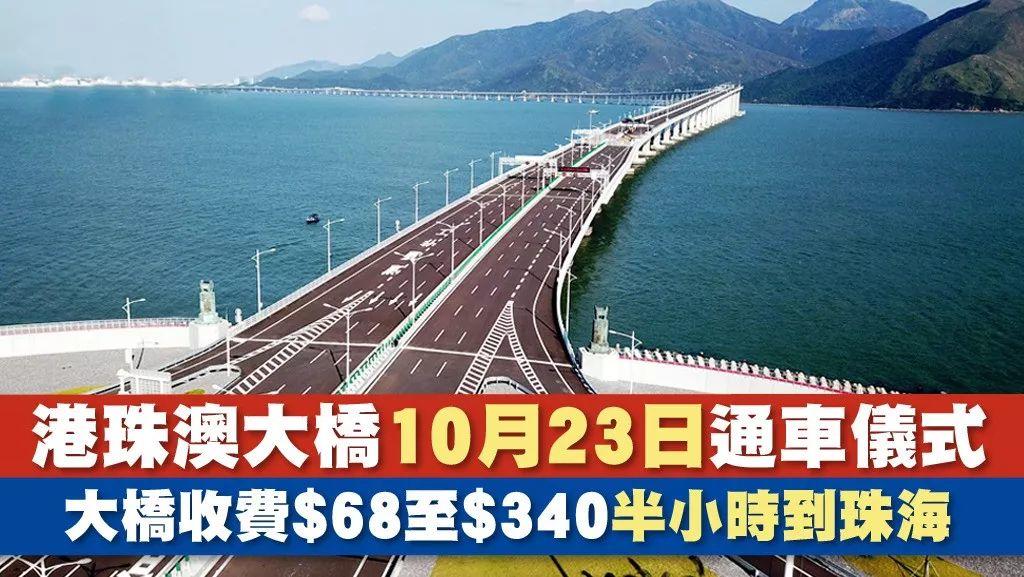 Chinese president is expected to attend the opening ceremony of the Hong Kong-Zhuhai-Macau bridge on October 23. The confirmation of the opening details for the mega bridge intensified the anticipation that had been building for weeks across the Guangdong-Hong Kong-Macau Greater Bay Area, whose development is expected to receive a major boost from the bridge.

The ceremony will be held indoors on Tuesday in Guangdong province, on an artificial island, home to Zhuhai port, according to a source familiar with the matter. After the ceremony, the bridge is expected to open for traffic later in the day, the source said.

For toll collection of the bridge, the toll collection station is located in mainland China. Vehicles from Hong Kong will not be charged in RMB until the completion of the journey to Zhuhai. The charge for each journey will range from RMB 60 to RMB 300: 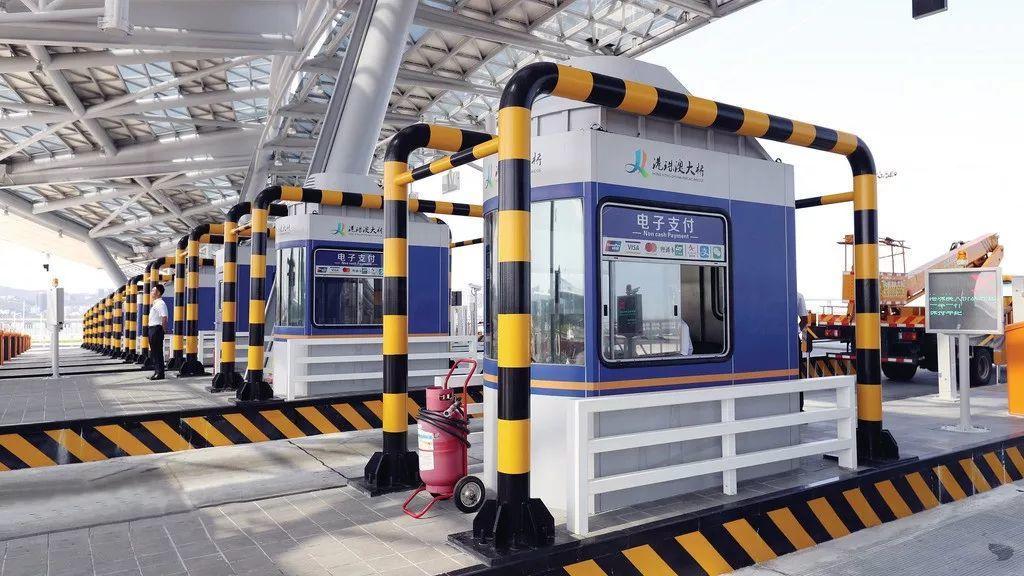 The Launch of the World’s

The HZMB, more than a decade in the making, is a 55-kilometer-long bridge-island-tunnel complex across the Pearl River Delta. The project also includes a 6.7-km undersea tunnel. The tunnel links to the bridge via two artificial islands.

According to government documents, the ports in Hong Kong, Zhuhai and Macau, built and managed by the respective local governments, will be open 24 hours daily. 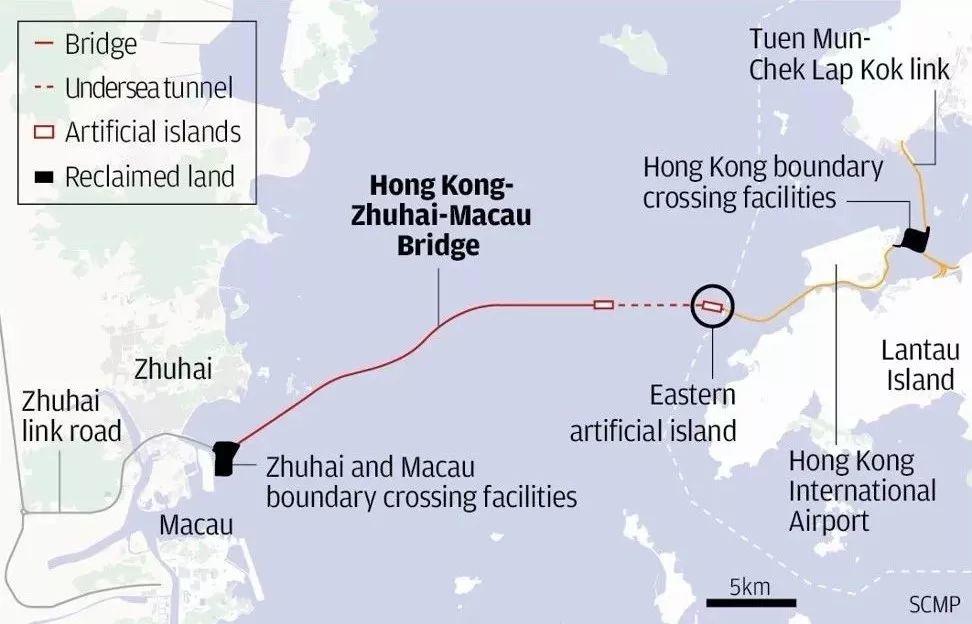 Zhuhai and Macau will cooperate to implement a one-off customs clearance in the two ports, allowing travelers to finish the exit and entry process in one operation.

The total cost to build HZMB is about 120 billion yuan ($17.3 billion). The burden is shared in different proportions by the Hong Kong, Zhuhai and Macau governments, in accordance with an assessment of prospective economic benefits for the three cities.

Within An Hour’s Drive of Each City

The bridge will put the three cities it links within an hour’s drive of each other and is expected to boost economic development and tourism in Hong Kong, which has invested HK$120 billion (US$15.3 billion) in the project.

The sources said around 800 customs and immigration officers were ready to start work at the Hong Kong control point of the bridge on the 130-hectare artificial island to the northeast of the airport at Chek Lap Kok.

45 Mins to Travel from

A new X-ray facility, costing tens of millions of dollars, that could simultaneously screen two cross-border container lorries and produce high-resolution images would be used at the control point, they said. 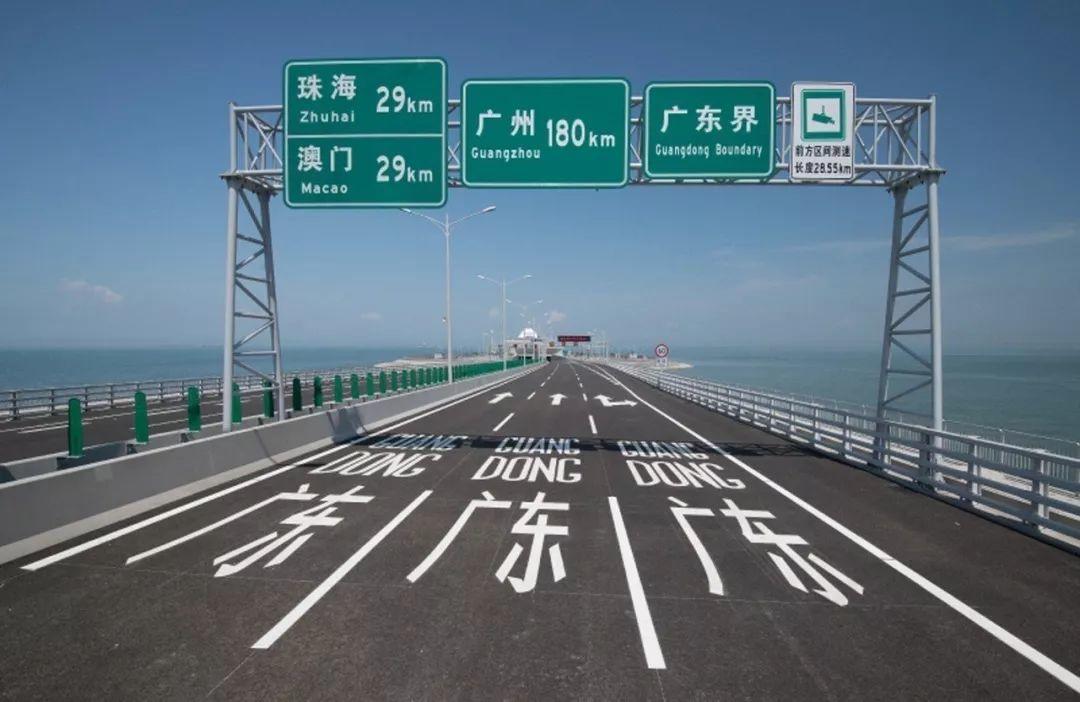 The bridge will provide a fast lane to the western part of the Pearl River Delta, Guangdong and Guangxi. A trip between the Kwai Chung Container Port and Zhuhai would be reduced from about 3½ hours to an hour and 15 minutes.

And it would only take around 45 minutes to travel from Hong Kong International Airport to Zhuhai instead of the current four hours.