After a passenger fell sick after eating a moldy packaged meal on a high-speed train, China’s State Council stepped in and launched an investigation on Tuesday with the aim of improving food safety and quality on trains. 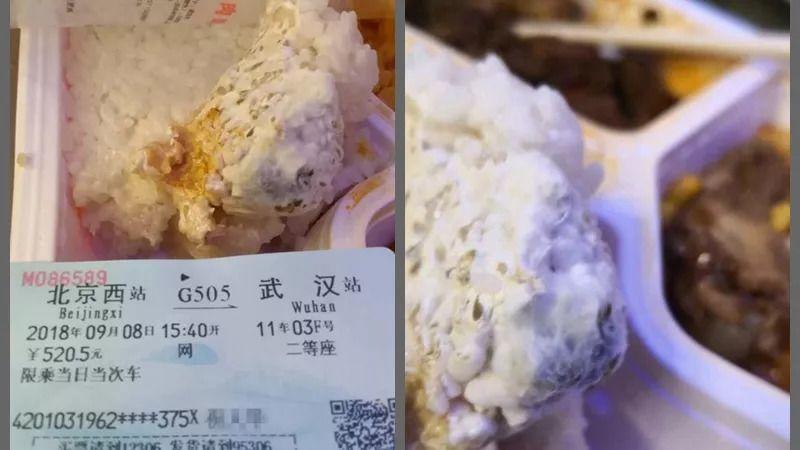 On Sept. 8, two passengers onboard a high-speed train bought two pre-packaged meals to eat for dinner on their five-hour long trip from Beijing to central China’s Wuhan City in Hubei Province.

After unwrapping his meal, the passenger surnamed Zhu discovered that a small portion of the rice was covered in mildew and immediately filed a complaint. His companion, however, had already eaten half of his meal before realizing the food had gone bad and soon began vomiting and suffering from diarrhea, Hubei Daily reported. 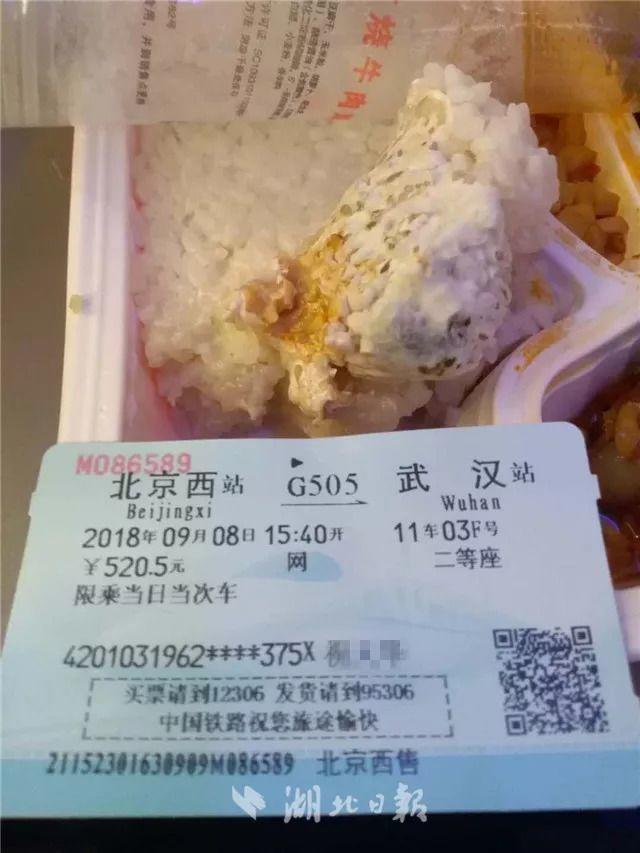 The passenger surnamed Zhu took a photo of the moldy meal and his railway ticket. /Hubei Daily Photo

The train conductor soon came to speak with the passengers and, after finding out what the problem was, returned their money and apologized. When he offered two more meals to Zhu and his companion as compensation, the passengers refused and instead demanded a thorough investigation of all food supplied on the train.

China Railway Guangzhou Group, which was responsible for the food on the train, announced the following day that they had removed all prepackaged meal produced on the same day with the moldy meals and said they would comprehensively investigate the incident.

The railway company also stated that they had suspended their cooperation with the Shanghai-based catering company in charge of the food supply chain.

Once the incident became known, it triggered a public outcry as this is far from being the first case in which travelers found moldy food while travelling by train. 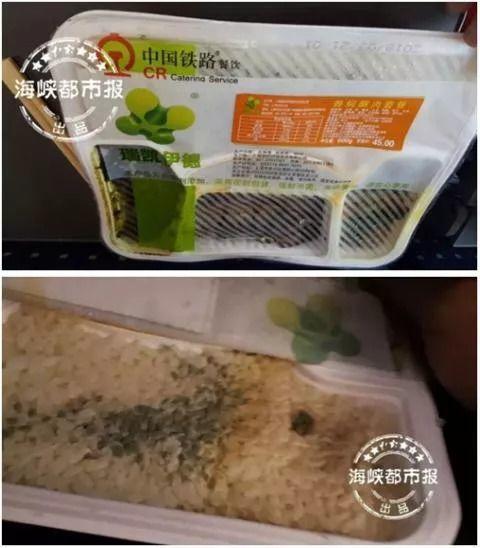 Other passengers found moldy packaged measl while traveling on a high-speed train back in April. /Strait News Photo

In April, a passenger travelling on a high-speed train bought a premium boxed meal, only to find a large patch of black mold covering the rice, Beijing News reported, and in June last year, another passenger took to social media to express his frustration after finding out his packaged meal had gone bad.

Currently, the reason for the moldy meals is unknown. Xinhua News reported that, on Tuesday, the State Council dispatched an team to investigate the quality of food at the state-owned China Railway Corporation (CRC).

The high-speed railroad operator has already announced its will terminate its current food production and packaging and improve its cold temperature supply chain.