Guangdong is currently projected to receive two strong storms in the coming days, one of which – according to numerous predictions – is expected to morph into a super typhoon. 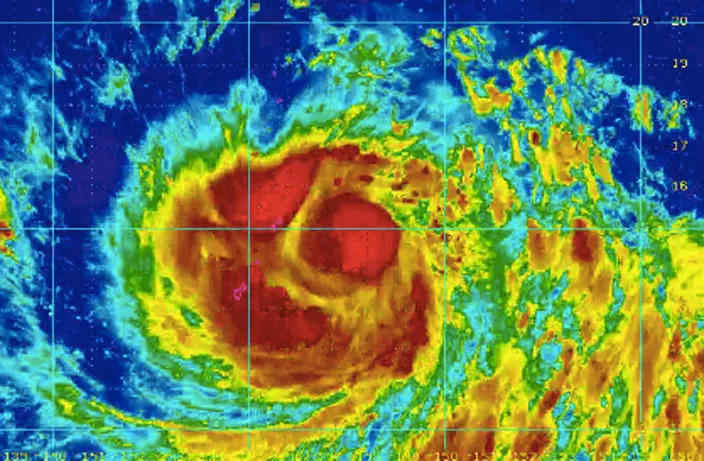 A standby signal No.1 has been issued in Hong Kong, while the Shenzhen Meteorological Bureau has issued a white typhoon warning.

The first storm is currently forecast to arrive in southwest Guangdong province at around noon on September 13. The weather system began as a low-pressure area south of Taiwan yesterday morning and was upgraded to a tropical depression later in the day.

The second storm, Typhoon Mangkhut, is big, and experts are warning that it has the potential to develop into a super typhoon. 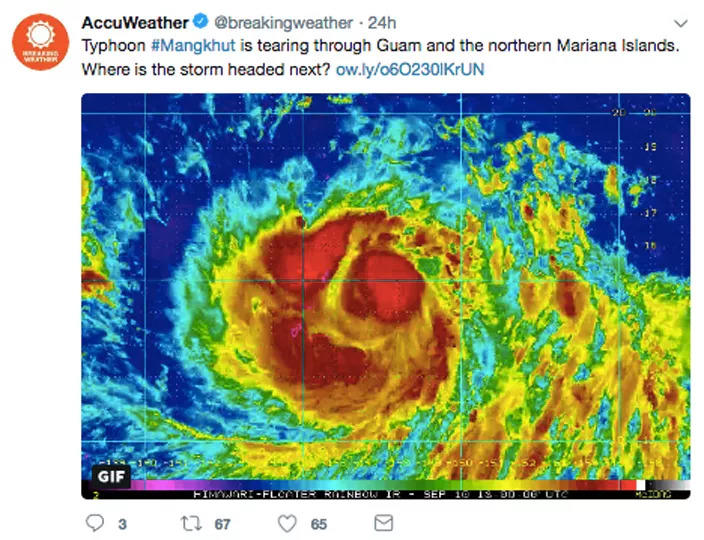 Yesterday, Mangkhut cruised over the northern portion of the Mariana Islands. Earlier projections indicated the storm would mount a head-on assault on Guam, although the island escaped largely unscathed.

“We dodged a big one,” said US National Weather Service Meteorologist Landon Aydlett, according to the Guam Daily Post. “Thank God we weren’t looking at a Typhoon Pongsona coming through.” (Typhoon Pongsona slammed the American territory in 2002, resulting in widespread destruction).

Storm tracking platforms indicate Typhoon Mangkhut will pass slightly to the north of the Philippines on Saturday, September 15, before continuing west towards Guangdong province. 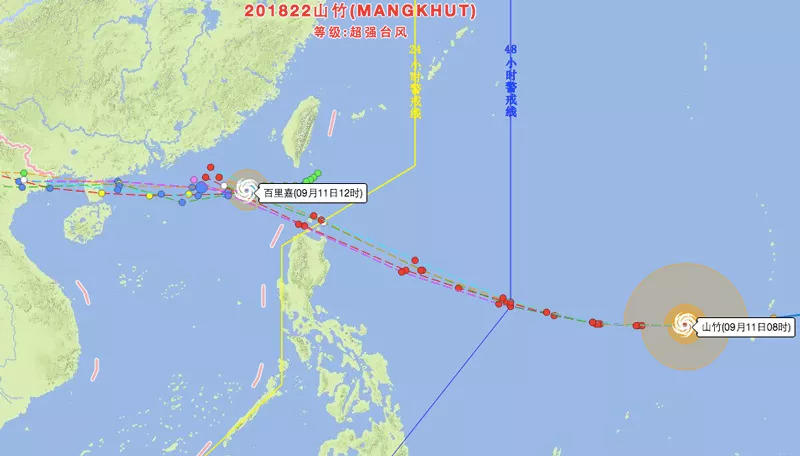 While it’s possible Mangkhut may change course, the storm appears set to make landfall in or around the Pearl River Delta on either September 16 or 17.

As of 3pm yesterday, Mangkhut was releasing gusts of up to 185 kilometers per hour, according to an estimate published by the Philippine Star.

By Saturday morning, wind strength may reach 240 kilometers per hour near the eye of the storm.

To put Mangkhut’s power in perspective, 1991’s infamous ‘Perfect Storm’ in the Atlantic, which killed 13 people, including the crew of the Andrea Gail, the protagonists of the non-fiction novel The Perfect Storm, reached a maximum wind speed of 120 kilometers per hour.

According to the Philippine Star, the Philippine Atmospheric, Geophysical and Astronomical Services Administration defines a ‘super typhoon’ as a typhoon with “maximum sustained winds of 220 kilometers per hour.”